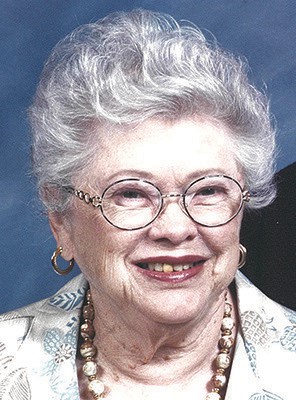 Jean was born on Aug. 4, 1921 to Esther and Charles Throckmorton in San Francisco.

She was preceded in death by her older brother, Griffith, older sister, Ruth, and younger brother, Lee Throckmorton.

Jean finished high school in San Francisco with a degree in millinery. She married her first husband, Vern DuVall, in 1941. They owned and operated San Carlos Leather Goods Store, repairing and making luggage and briefcases. Vern was also an avid and professional photographer in San Francisco and the Bay Area. When the war began, Vern went into the Navy, stationed in San Diego. Jean moved there and worked, first making nylon hosiery for women and then became a buyer for the U.S. Navy in the Civilian Service.

In 1947, their daughter, Lynn, was born. Sadly, in 1953, Vern passed away. Jean started a new job soon after with Allstate Insurance Co. Her co-worker and friend, Delores, asked her if she would go on a blind date with her brother. And that is how she met her second husband, Leonard Gabrielson. They married in 1956 and had a daughter, Cindy. They lived in Palo Alto and Leonard worked for LenKurt Electric Co.

In 1943, Leonard had purchased a ranch in Catheys Valley. It had a small motel and gas station. When Highway 140 was widened, the gas station was removed. When Leonard joined the U.S. Army, he put the property in his mother Marie’s name for safe keeping.

In 1962, Leonard and Jean moved to Catheys Valley on the ranch. Jean and Leonard both worked for the Merced County Welfare Department. Jean worked in the social services office and Leonard in grounds maintenance and food commissary. Not much later, Jean began working as a deputy tax assessor for Mariposa County and worked there until retirement.

Jean was very active in the Mariposa Lutheran Church, Soroptimist Club and the Red Hats Club.

She will be missed by all who knew and loved her.

A celebration of life will be announced at a later date.