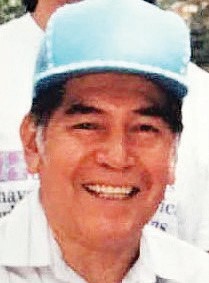 Our beloved Miwuk/Paiute elder, Jay J. Johnson, passed away peacefully on May 26, 2019, at his home in Mariposa, Calif., with family by his side.

Jay was born on Nov. 29, 1931, in Yosemite National Park, his ancestral home, to Harry and Sarah (Tom) Johnson. Jay lived at the Indian Village across from Yosemite Lodge until he was sent to a Catholic mission school in North Fork, Calif., and later to Stewart Indian Boarding School in Carson City, Nev., where he graduated in 1949.

After high school, Jay worked various odd jobs including the trail crew in Yosemite. In 1952, he applied for and was accepted into the United States Marine Corps. He completed boot camp in San Diego and was sent to Korea on a World War II troop ship. When the Marines were three days from the Korean shore, the Armistice Agreement was signed ending the active fighting. The troops were diverted to an old Army base in Japan and Jay was eventually sent back to the states where he was honorably discharged. On March 24, 2019, Jay was honored at a Veteran of Foreign Wars luncheon in Mariposa for his military service.

After leaving the Corps, Jay headed straight for Yosemite to begin a 40-plus year career with the National Park Service, where he retired in 1997 as a Forestry Supervisor. As a forestry worker, Jay specialized in tree falling and high climbing, where he would climb to the tops of the tallest trees and systematically cut the tree down in sections starting with the top of the tree. When the treetop would fall, the rest of the tree would sway and the climber had to be strapped in so he would not fall himself.

Jay was also a wildland firefighter and fought on many fires throughout the West, including Alaska, where he led Alaska Native fire crews in protecting their lands and resources. He that he had some of his best firefighting meals when he was in Alaska as the Native firefighters would harvest salmon and wild game for meals and it was a special treat for him.

Jay recognized that in order for his people and his culture to survive, he had to fight for the rights of Indian people and for federal recognition of his tribe. He served as a board member of the California Native American Heritage Commission for many years, served as chairman and member of the Southern Sierra Miwuk Nation, as well as leading the way in returning to tribal spirituality for his people. He was often consulted for the repatriation of discovered ancient human remains and was repeatedly asked to give opening prayers for local and park service events.

A graveside service for Jay will be held at St. Joseph’s Catholic Cemetery, 4985 Bullion Street, Mariposa, at 1 p.m. on Saturday, June 8, 2019, followed by a potluck reception at the Mariposa Senior Center, 5246 Spriggs Lane, Mariposa.