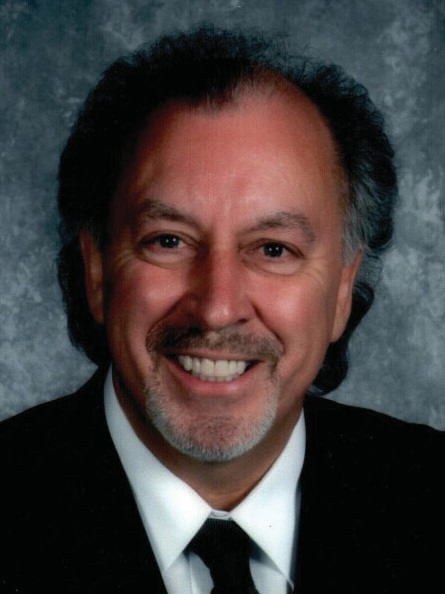 James was the son of Betty (Sweazey) Little and the late Alton Lee “Jim” Little, who raised him and his brother, Greg, in Libertyville, Ind. He graduated in 1971 from West Vigo High School. He later graduated from Indiana State University in Terre Haute, Ind.

James taught at Schulte High School in Terre Haute before moving to Michigan City, Ind., where he owned a music store and continued teaching.

James was a lover of music, especially rock music, which he played exceptionally well on his favorite white Gibson guitar. To say he was an accomplished guitar player is an understatement. James could hear and play anything, a natural born lead guitarist. Unknown to many, James was also an extraordinary artist.

He was in various bands during and after high school, including popular Terre Haute area band Thor. In Michigan City, he was part of The Lazer Band, which produced three albums. James taught many children and adults how to play guitar throughout the years, including his eldest daughter, Olivia.

James was a dedicated and tireless educator, proudly serving as the Director of the Kokomo Area Career Center and then the Century Career Center in Logansport, a position he held until his death. He was presented with the Hall of Fame Award from the Indiana Association of Career and Technical Education Districts, as well as many other professional awards and achievements throughout his career. He had planned to retire at the end of this school year.

James looked forward to his yearly travels throughout the country to various educational conferences. His favorite place in the world was to be on the beach with his family, listening to the ocean waves from a hotel balcony.

James was, without a doubt, the most devoted husband and father. He married Leanne Poff on July 17, 1989 in Las Vegas, Nev. Together they raised two daughters, Olivia and Sophia.

He is survived by his mother, Betty; wife, Leanne Little; daughters, Olivia, Sophia and her fiance Chris Escobedo, and their daughter, Maya, who James adored; two nieces, whom he loved like daughters, Lara and Lindsay; a brother, Greg Little and his wife Nicole and their son, Price of Mariposa, Calif.; along with aunts, uncles, cousins and many other relatives and friends.

Visitation was from 1-5 p.m. on Tuesday, Jan. 11 with the funeral service at 5 p.m., officiated by Pastor Zach Szmara in Logansport, Indiana at Kroeger Funeral Home.

Memorial contributions may be made to the James Little Career and Technical Merit Scholarship Fund at the Cass County Community Foundation. PO Box 441, Logansport, IN 46947.

Family and friends may leave fond memories at www.kroegerfuneralhome.com.