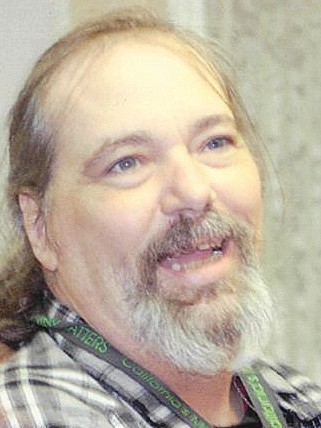 James spent his youth in Concord with his three brothers, John, Bob and Mike, and his sister, Sue. He graduated from Mountain Diablo High School in 1963 and later married the love of his life, Grace.

In the 1990s, James worked for a security company in the rock and roll industry and got to work with Bob Dylan and the Doobie Brothers, among others. Everyone who knew James knows he loves the Grateful Dead and he attended around 100 shows over the years.

But the thing James will be remembered most for is his big heart. Anyone who knew him knew he would not only give you the shirt off of his back, he’d give you his last dollar and a ride to spend it. James’s big heart often caused him to go without a lot of things that most of us take for granted, like living indoors. James was a free thinker and a free spirit, one of the kindest, gentlest men you could ever meet. A giant man with a heart that matched his size.

The thing that James is remembered for that is most important actually explains his kindness and generosity: his love for Jesus. James’s relationship with the Lord Jesus Christ as well as his child-like faith is what made James who he is. A gentle giant, good brother, loving husband and father and friend to anyone in need.

On Friday, Aug. 21, James went home to be with the Lord. Although he will be sorely missed by a lot of people, all of us share great comfort in knowing that it’s not goodbye, but see you later, James.

In the meantime, cheer us on and we will miss you!