This marks 80th year of the annual celebration 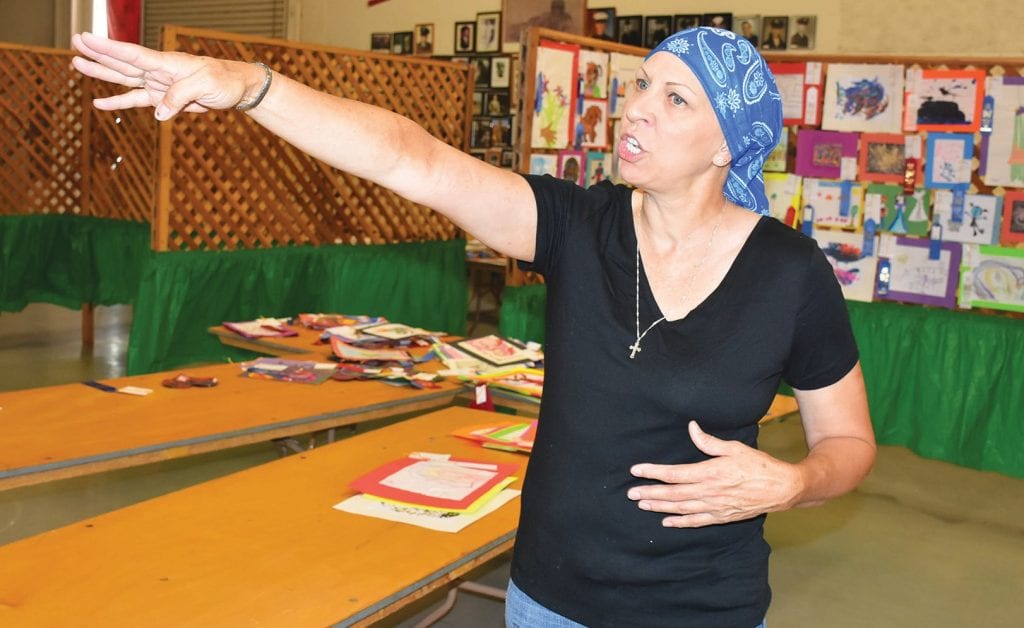 Jet Dougherty is shown preparing the Jr. Exhibit Building for the Mariposa County Fair. Dougherty, who is from the area, flies into California about a month before the fair each year. She stays with family members and helps the fairgrounds crew prep for the fair. Photo by Matt Johnson

Leave it to Brian Bullis to describe the Mariposa County Fair the way a poet would.

After all, Bullis knows it better than anyone else.

“The fair is a living, breathing thing,” he said. “The facilities are the body, and the people are the heart and soul. It takes on its own life and motion.”

The fair has returned once again, starting this Friday and ending Monday. It is undoubtedly one of, if not the biggest weekend of the year in Mariposa.

This year marks the 80th anniversary of the fair.

With events such as the demolition derby, rodeo and family fun night, it is sure to have something for everyone. A complete schedule can be found at www.mariposafair.com.

Pulling off an event the magnitude of the fair is no easy undertaking. The fair staff, along with volunteers, work year-round to ensure the fair is a success.

One such person is Jet Dougherty. She is from Mariposa County, but currently lives in Washington. She flies back to California each summer weeks ahead of the fair and stays with family in the area. She spends her time as a paid temporary worker, helping prepare for the event.

“She’s been doing it for quite a few years. She loves doing it,” Bullis said.

Last Friday, she could be found in the Jr. Exhibit Building, laying out entries carefully to prepare for the exhibit.

She said she “cherishes” each entry from the children and handles them carefully.

Bullis, too, could be seen prepping for the fair.

“The last few days leading up to it are all about getting vendors settled and situated,” he said.

Bullis said he is excited for this year’s fair, particularly the rodeo, saddle roping and cattle pinning. He doesn’t have a lot of time to relax during the fair, but those are three events he always makes sure to carve time out for.

He said he is also pleased to offer more diverse music acts this year.

As always, the fair shuttle service is recommended by Bullis as a convenient and free way to get to the fairgrounds. 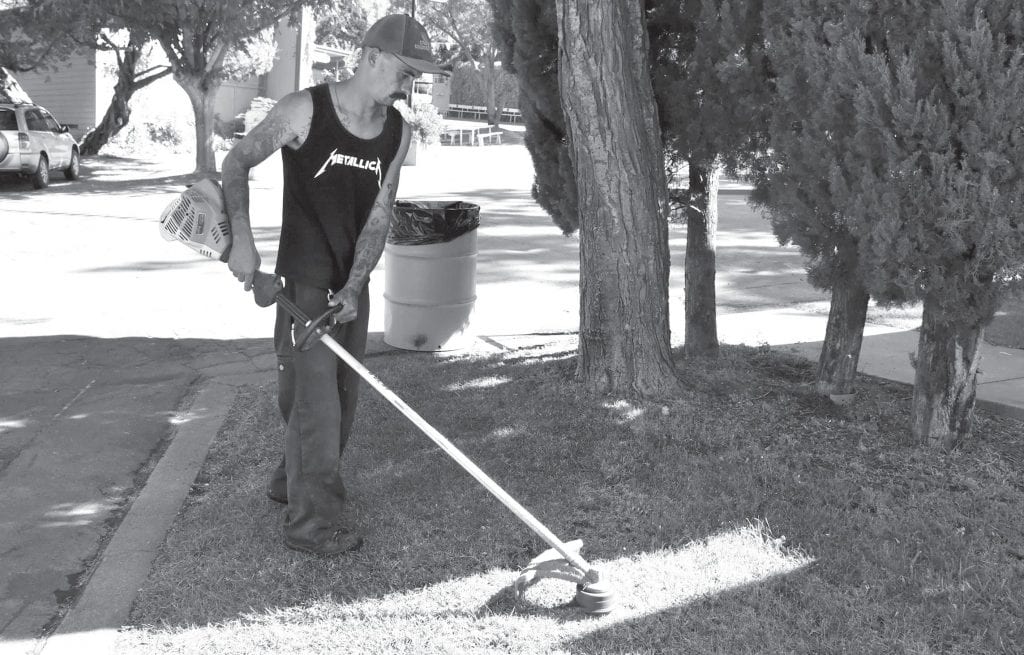 Matthew Klockars is shown weedeating at the Mariposa Fairgrounds. Much work goes into preparing for the fair every year. Photo by Matt Johnson

“We hired the school district to run their buses. We spend around $10,000 to provide this service to the public. It’s underutilized,” Bullis said.

Bullis said fairgoers are “taken right to the front gate and dropped off,” sparing them the hassle of trying to find a parking spot.

The bus schedule is as follows:

(Buses run every day of the fair from Mariposa and Bootjack/Woodland Park.)

• Friday: Starting at 2:30 p.m. from Mariposa and Bootjack/Woodland Park, running continuously. The last bus leaves the fairgrounds at 12:30 a.m.

• Saturday and Sunday: Starting at 10:30 a.m. from Mariposa and Bootjack/Woodland Park, running continuously. The last bus leaves the fairgrounds at 12:30 a.m.

• Monday: Starting at 11:30 a.m. from Mariposa and Bootjack/Woodland Park, running continuously except for driver’s break between 5:30-6:30 p.m. The last bus leaves the fairgrounds at 6:30 p.m.