Is it worth getting excited about Brady going to Bucs?Free Access

HE SAID, HE SAID 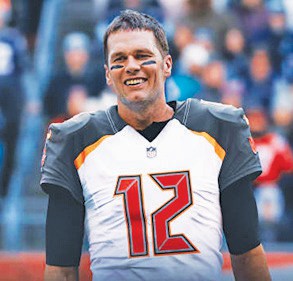 Many New England Patriots fans were heartbroken when news broke of their beloved quarterback, Tom Brady, leaving for Florida.

View one: by Greg Little

You’d think a guy like me would have nothing but praise for a guy like Tom Brady.

Being an Indianapolis Colts fan, you’d think I would be reminiscing about how Peyton Manning left the Colts and went on to win a Super Bowl with the Broncos in his golden years as a player.

But let’s be clear: Brady is no Manning.

Sure, you can put the GOAT tag on Brady, but as far as I am concerned, you can also put the COAT tag on him, meaning Cheater of all Time.

Brady was always a thorn in the side of the Colts. How can we forget Deflategate?

But it goes much deeper. Brady can only claim the GOAT tag because his team played in the worst division of all time. Seriously, you have to beat the Jets, Dolphins and Bills twice to almost automatically make the playoffs? Many teams could have done that given those circumstances, which means many other quarterbacks could have been considered great. 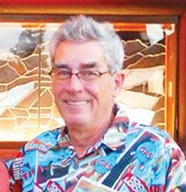 In turn, it gave the Patriots home field advantage for years and it’s a difficult to go on the road, especially to Foxborough, and win playoff games. That’s not a cop out, just a fact. Any team who gets home games in the playoffs has a big advantage.

To me, Brady has been handed his rings on a silver platter thanks to the NFL and a suck-up commissioner who works part and parcel with the Patriots and their owner, who I might mention, got caught with his pants down in Florida. Where is the justice?

That’s why I believe Brady should have stayed in New England. For my money, he should get a career-ending injury in New England, not Tampa Bay. Injuries hurt much more in the cold weather.

I think Brady and Bill Belichick deserve each other. Both will go down in history as GOATs, but both should also have asterisks by their names. Being a GOAT is one thing, actually deserving it is another.

Yes, I am a bitter Colts fan. But it’s better than being like Johnson and getting excited about Brady going to the Bucs. Really, Matt? Does the NFL even matter any more?

Greg Little is editor of the Gazette and can be reached at greg@mariposagazette.com.

And I love a good story.

Brady deciding to leave the New England Patriots to quarterback the Tampa Bay Buccaneers is a great story because there are so many points of intrigue:

• Can a soon-to-be 43-year-old help a team qualify for the postseason?

• Will Brady having more weapons to support him help him look more like the Brady of old?

• What will it look like now that Brady will be facing NFC quarterbacks such as Drew Brees and Aaron Rodgers on a regular basis?

There is just so much to talk about!

This might sound like an outrageous claim, but Brady single-handedly saved sports journalism with his change of scenery. What were us sportswriters going to write about over the next few weeks with the coronavirus shutting down all of the sports leagues?

Brady’s move gives us plenty of writing content and topics to discuss.

While I’ve always been a Brady hater (I’m more of a Joe Montana guy), I must admit I am interested to see if he can still play at a high level. It’s almost unheard of for a 43-year-old to be the starting quarterback of an NFL franchise.

It’s obvious that the sands of time are quickly stacking up against Tom. He doesn’t have much longer in his career. But even if it’s just for one or two seasons, if he can turn around one of the sorriest franchises in the NFL, wouldn’t that be quite the success? Wouldn’t that be an amazing story?

Greg Little can cry all he wants about Brady’s sins of the past, and how it’s been such an injustice against the Colts for so many years. Maybe he should stop whining and go play around with his new pool table.

I don’t care what Greg says about Brady, the NFL or whatever: I’ll definitely be tuning in this fall to find out if Tom can turn in a storybook ending to his career.

Matt Johnson is assistant editor of the Gazette and can be reached at greg@mariposagazette.com. Johnson and Little started this “He Said” feature, in which they playfully trade barbs with one another, while working together at a newspaper in Idaho. They have been wanting to start writing it again, and with the coronavirus pandemic going on, thought bringing a bit of levity to the pages of the newspaper would be beneficial.