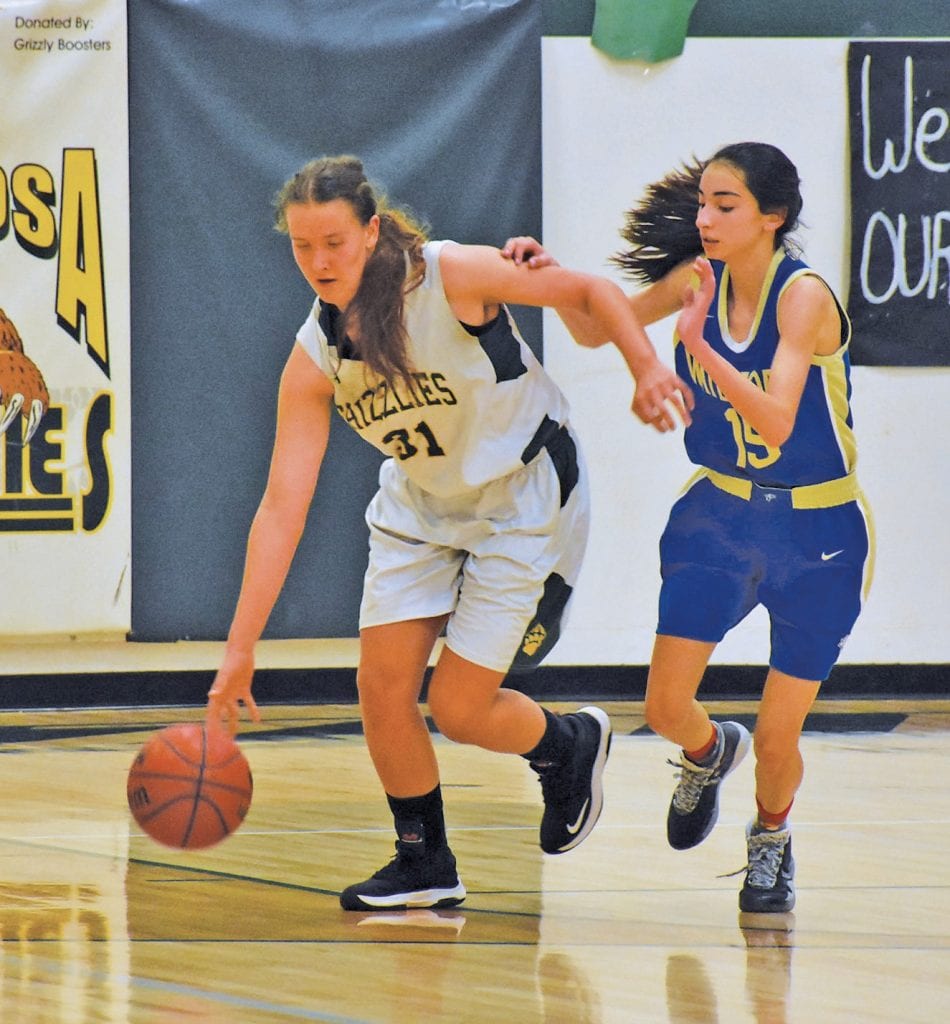 Senior Lily Heavner (left) was among the most talented players in the Southern League this season. Photo by Matt Johnson

Senior star Lily Heavner was one of the highest vote getters in the Southern League girls basketball All- League voting this season.

Heavner, a 5-foot-10 forward, did a little bit of everything for the Mariposa County High School girls varsity team, whether it was scoring, leading the fast break, rebounding or even blocking shots. It wasn’t uncommon for Heavner to break the 20-point mark in a number of games this year.

“Lily had a good year. Her biggest asset was her experience which she had, of playing four years of varsity. You could tell that skill-wise she was heads and tails above everyone else. She was highly regarded by other coaches in the league. When they talked, it was obvious they thought highly of her skill level,” said MCHS head coach Al Brondolo. 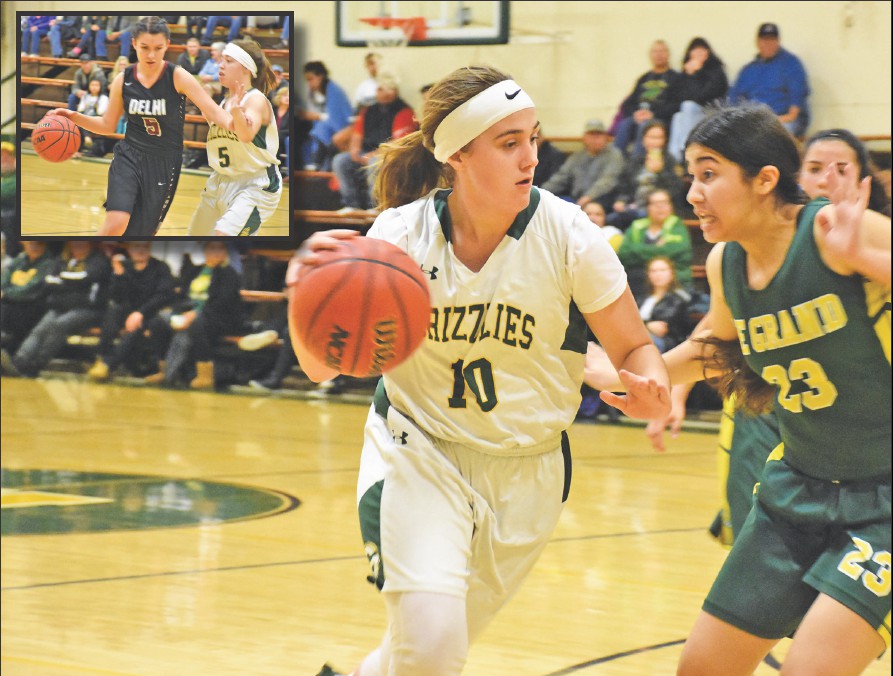 Anne Fiester (10) seemed to get better as the season went on, as teammate Kaydence Walker (inset, right) did the same. Photos by Matt Johnson

Walker blossomed into one of the team’s leaders, and top ball handlers.

“Kaydence became a steady basketball player at the varsity level,” Brondolo said. “She’s a young lady who had very little varsity experience. She stepped up. She was very consistent. She’s a smart, intellectual player who understands the game. She didn’t score a lot of points but she was one of our team leaders and she was there every day with a good, positive attitude. She worked hard every day. She was part of the glue that held the team together, like Lily. We couldn’t be without her senior leadership.”

Fiester was likely the team’s purest perimeter shooter. She seemed to get better as the season wound down.

“She is another young lady who didn’t get a lot of playing time last year, as a freshman at the varsity level. This was a real exposure this year to the speed of the varsity game. She has a lot of potential, and she wants to work at making her shot more consistent,” Brondolo said. “If she works at it, she could be a force. I think she’s got a good attitude and her work ethic is good. It’s good to be around her. She’s a team player. That was one thing about the team this year, is they had the intangible of persevering, and they got along.”