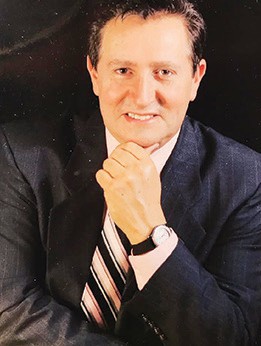 George Miranda, of Stanislaus County, age 68, passed away at Doctors Medical Hospital on Sept. 26, 2020, with beloved family gathered nearby.

George was born in Turlock, Calif., on Feb. 14, 1952, to Antone and Mary Miranda. In 1975, he began his 42-year career as a respiratory care practitioner, working at various hospitals for 42 years, including: John C. Fremont Hospital of Mariposa, Natividad Medical Center of Monterey and, finally, Doctors Hospital of Manteca, where he retired on Dec. 31, 2017.

Family meant the world to him and he was always thoughtful and considerate of others. He will always be remembered for his big heart and warm smile. He was also an amazing chef and baker, who over his lifetime made hundreds of beautiful birthday and wedding cakes for his family, friends and even co-workers. He enjoyed hosting classy parties and was the life of the party. He loved the ocean and enjoyed taking trips with his daughter and grandchildren to the Bay Aquarium and going sailing with his brother.

He was preceded in death by his parents Antone and Mary Miranda and brother Duane.

He is survived by his brothers Jerry and Tony and sister Grace Falany; daughter Monica Ramirez of Mariposa; two sons, Mark and Jared Miranda; grandchildren Katelend, Sergio and Isabel Ramirez of Mariposa; great-grandson, Travis Points; as well as many nieces and nephews and his cherished dog Sasha —all who love and miss him dearly.

The memorial service will be announced at a later time. If you would like to offer your sympathy during this difficult time, you may send sentiments for his family to his daughter Monica Ramirez at P.O. Box 5008, pmb#324, Mariposa, CA 95338. In lieu of flowers, donations can be made to Valley Children’s Hospital in his name or to his daughter to help offset the funeral expenses and care of his beloved dog Sasha.