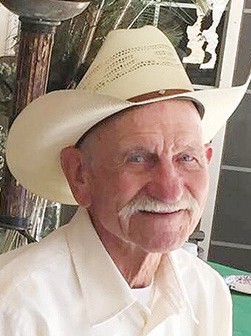 Gail D. Kimbro, 89, passed away March 8, 2020 at home as was his preference. He had been having health issues this past year.

Gail was born Feb. 11, 1931 in Judsonia, Ark., to Nettie Burton Kimbro and Henry Thomas Kimbro. He was the fourth child of six children.

The family moved to California in 1935, first living in Planada and later in Merced.

After high school, Gail enlisted in the Navy. He was a boatswain mate aboard the US Essex primarily during the Korean War. He was honorably discharged with commendations for good conduct, navy unit citation, National Defense, China Service, United Nations and Korean Service, four stars .

After his discharge he returned to Merced, married, had a daughter and was employed by the Merced City Fire Department. He served 32 years from Aug. 6, 1954 to Feb. 12, 1986. He achieved the role of captain and again commendations.

In 1956 Gail purchased several acres east of Greeley Hill in Mariposa County. Gradually, he and his wife Shirley built a house and developed the property. This was to become their retirement home.

Gail was preceded in death by his wife of 59 years and his daughter, who died at age 64.

He is survived by one sister, JoElla Jones of Carson City, Nev., and three generations of nephews and nieces.

Gail was a loving, caring, helpful person with a great sense of humor. He will be sorely missed by family, friends and neighbors.

A memorial service is pending, tentatively in June, to accommodate long-distance relatives and friends.