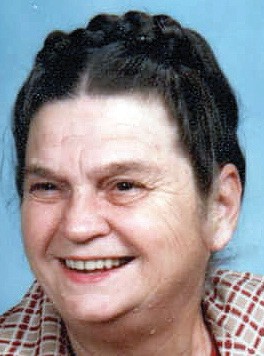 She graduated from Fresno Technical High School, and worked briefly for Winthrop Pump Company as a secretary. In January 1947 she married Phillip Appling of Fresno. They established a homestead in Bailey Flats and raised seven children. They began a family-operated egg ranch in the late 40s, and at one point had 4000 laying hens providing fresh eggs to restaurants and stores throughout the Madera and Fresno area. Egg ranching continued until 1961, when more competitive large scale operations forced them out of business. At this point Phillip began teaching school in Firebaugh and then at Mariposa Elementary School.

Florence worked as a homemaker and passed on a love of gardening, sewing and baking to her children. Known for her kind disposition, she was very active in the Parent Teacher Association, the Mariposa County Fair, and the Methodist Church, among other local organizations. She took on greater and greater responsibility with the PTA and eventually became the PTA Council President for Fresno, Madera and Mariposa counties. She participated for many years in sewing, canning, baking and floral arranging with the local Mariposa County Fair, winning hundreds of ribbons and many sweepstakes awards. With dozens of entries each year, she helped insure these programs continued for future generations, and in the end was competing against her own granddaughter in baking competitions. She regularly attended the Mariposa Methodist Church, participating on the board and various committees. She was the Methodist Church custodian for 36 years.

Upon Phillip’s retirement in 1973, she became the family breadwinner. She worked briefly at the Wagon Wheel Restaurant (now Charles Street Dinner House) and then for the Dulcich family at Butterfly Market and Coast Hardware from 1977 until she retired due to health issues in 2002.

She was famous for her walnut brittle and Chinese fried walnuts. Every year she would buy 200 pounds of fresh walnuts in the shell from a local grower, and then crack and shell every pound by hand, sometimes with the help of visiting family members. Her brittle and fried walnuts were a “must have” at any local bake sale or church raffle, and she would often cook up a batch for someone to thank them for a kind deed.

She was preceded in death by her parents and three siblings, a great-grand-daughter and husband Phillip in 1986. Survivors include son Jerry; daughters Mary, Fran, Nel, Liz, Susan and Lamar; 16 grandchildren; 17 great-grandchildren; and five great-great grandchildren.

Services will be held on Jan. 4, 2019 at 1 p.m. at the United Methodist Church in Mariposa. Donations in lieu of flowers can be made to Florence’s favorite non-profit, Heifer Project International, at (855) 848-6437 or www.heifer.org.