Montanan,19, plays instrumental role in fighting fire from way above 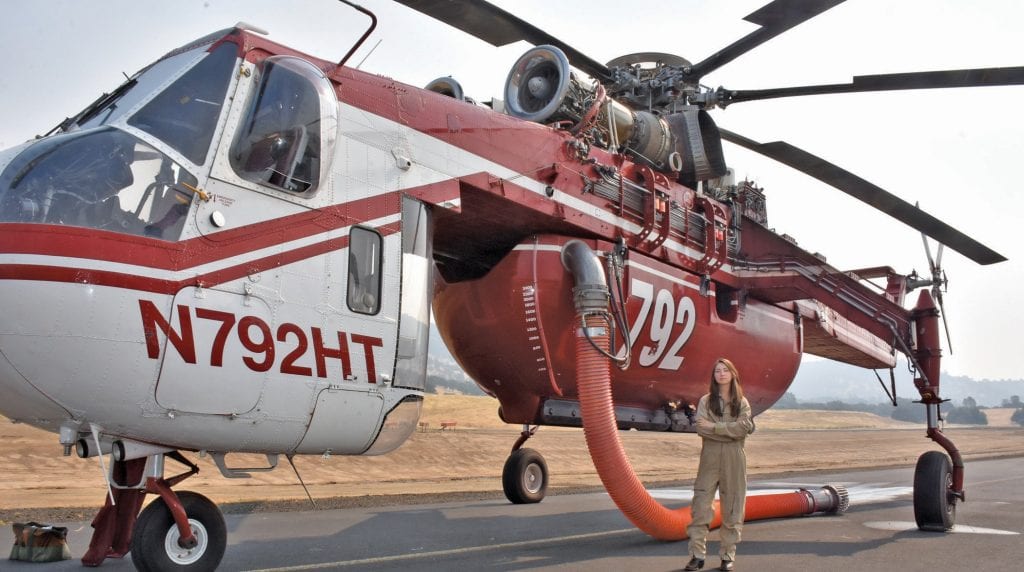 Ann Hansen of Philipsburg, Mont. is shown standing beside a Sikorsky helicopter at the Mariposa Yosemite Airport. “They’re big guys,” she deadpanned about Sikorskys.

Ann Hansen is young, but she isn’t letting that stop her from living her dream, even if it is a dream fraught with danger.

Hansen, 19, was in Mariposa over the last few weeks battling the Ferguson Fire — just not as a firefighter on the ground.

She is a copilot of a Sikorsky CH-54A Sky-crane helicopter. Along with her captain, Gregg Deacon, she has been flying into dangerous areas near the fire and dropping water and retardant to douse the flames.

“At most times out here, people ask if I’m with my dad or grandpa,” said Hansen in an interview while stationed at the Mariposa Yosemite Airport. “I look young for my age, like I’m still in high school.”

Indeed, Hansen looks like she could still be in high school. But don’t let the youthful face fool you. She’s up to the task.

“I’ve been very impressed with her, especially considering her minimal amount of experience,” said Deacon, the pilot. “It’s a complex aircraft and our mission is complex. She’s monitoring a lot of instruments and dealing with most of the radio calls. She’s doing a lot of multitasking. And we go into some difficult types of places.” 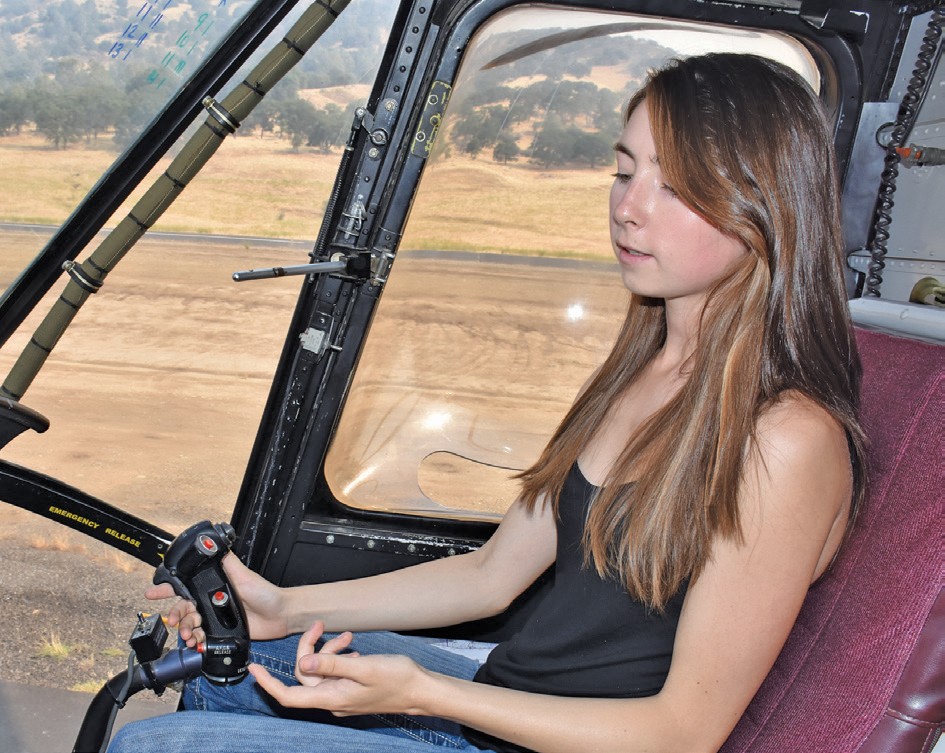 Ann Hansen, a helicopter copilot, is shown inside a Sikorsky used to battle flames in Mariposa County. The irony is that Hansen is afraid of heights. “I’m terrified of heights,” Hansen said. “It’s way different when you’re in an aircraft. You focus on what you’re doing.” Photos by Matt Johnson

Hansen is from Philipsburg, Mont. It was there that she developed an interest in flying.

Her father worked as a ranch manager. Every year, Hansen would be inspired by watching crop dusters fly overhead.

Adding to her interest in flying was the fact that her father also wanted to be a helicopter pilot. Only he never took the opportunity.

“I always had that in my head growing up,” she says of wanting to fly a helicopter.

“I never had any previous aviation experience,” Hansen said. “It was overwhelming.”

She stuck with it, and in a short period of time, she became certified to become a helicopter co-pilot.

“My parents are thrilled with it,” Hansen said, acknowledging that in a way, she is fulfilling her father’s dream of flying.

She now works for Helicopter Transport Services and has the opportunity to work on fires as well as other special projects.

“It just depends where they need me to go,” said Hansen. “The challenge is fun.”

She admits there is danger in what she does. Engines could fail on the copter, or worse.

“Everything we do has a little risk,” Hansen said. “(But) it’s fun, for one, and you’re helping with something.”

Hansen’s end goal is to become a “PIC,” or a pilot in charge. Essentially, it’s the rank of captain.

“There is still a lot to explore,” she said.

There may be plenty to explore, but for someone who is only 19, Ann Hansen has already experienced quite a bit.

7 responses to “Female power on display during Ferguson Fire”

Leave a Reply to Aggie and Joe Helle Cancel reply