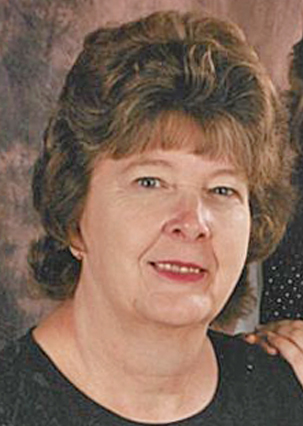 Fay Ann (Martin) Turner passed away in her home Nov. 1, 2019, with the people that she loved the most surrounding her. Fay was 75 years old at the time of her death. She lost her battle of five years to cancer.

She was born June 30, 1944 in Cleveland, Tenn., and moved to Mariposa when she was three months old with her parents Ralph and Cora Martin and siblings Jim Martin and Gladys Martin (Russell).

On Oct. 27, 1963 she married Rodney Ray Turner in Carson City, Nev. They were married for 56 years. Together they had one daughter.

Fay owned and operated F&C Market on Highway 49  South for 30 years, which she retired from in 1984. She was a hardworking, honest business woman and treated everyone like they were her friends and family.

In 1994, she came out of retirement and worked at Good Day Care for the next 16 years. She provided love and nurturing to many children in Mariposa. Many of the children that she cared for still call her grandma. She always enjoyed seeing children learn new things and loved them like they were her own.

When you came to visit her, she always made sure that you felt welcome and you never left her house hungry. Fay will be missed by all of those whose lives she touched.