Jake Williams signs on to play with a school in Denver 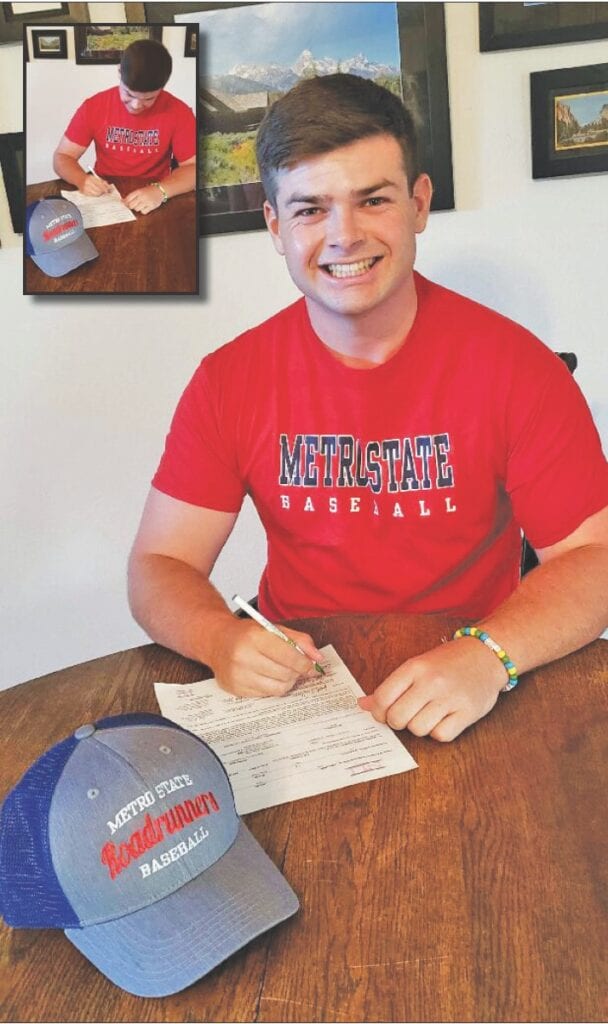 When student-athletes make up their minds about what university they want to attend, it often comes down to academic offerings, location and the cost to attend.

All of those things were considerations for Jake Williams.

But there also happened to be a major perk that swayed his decision.

Williams will soon be able to play baseball in the city where his favorite sports team is located.

The Bootjack native, 22, has accepted an offer to play and study at Metropolitan State University in Denver, Colo. When he’s playing at the university’s ballpark, he’ll be able to look out and see Empower Field at Mile High, where the NFL’s Denver Broncos play.

To reiterate: that wasn’t what made him join the university. But it’s a pretty darn cool perk for the loyal Broncos fan.

Williams will be joining the university after playing two seasons just down the highway from Mariposa, at Merced College.

While playing at Merced College, Williams received a handful of conference honors and blossomed into a key member of the program. 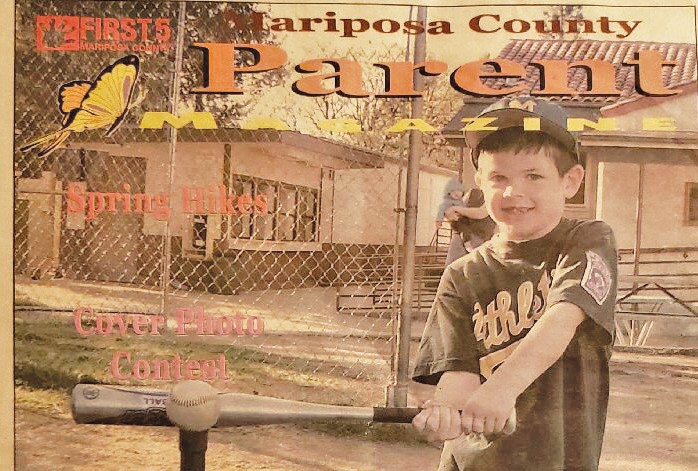 Baseball seems to be in Jake Williams’ blood. He is shown featured on the cover of a vintage First 5 magazine which was published for Mariposa County readers. Submitted photo

When his time at Merced College was up, Williams began looking into other options.

The 6-foot-2, 225 pound Williams had a number of offers to play at other schools, and one was a tempting one to join the University of Arkansas at Monticello.

“They gave me a full-ride, but they didn’t have what I was looking for academically. That was a big thing. I just couldn’t go there,” he said.

In the end, it was the educational and career opportunities that swayed him to join Metropolitan State.

“I just thought about the overall opportunity presented to me career-wise, weather-wise, school-wise and baseball-wise,” he said. “I thought it was a good opportunity to grow as a person.”

Williams said he plans to study sports management and perhaps one day work for a sports team — maybe even the Broncos.

“They have a good program there,” he said. “My friend (Merced College teammate Brady Mello, a pitcher) and I are going there together. We’re in the same program. The dream obviously is to work for a sports team. My favorite sports team is the Broncos, so it’s fitting that I’m going there.”

Williams said his new coach has asked him to focus on playing first base and the corner outfield positions. Williams also said the coaching staff is expecting him to swing a big stick.

“Hit the ball. That’s what I’m good at and like doing,” Williams said.

He took the long way

But soon after, he red-shirted and eventually told the coach he was taking a break because he was burned out.

During that break, he got his general education credits done and felt ready to return to the sport. He did so in the fall of 2018. “It took me a bit to get going,” he said. “But I finally found my stride.”

A few years out of high school and a bit more ready to break out, Williams started to excel.

“It took a lot of going back to the basics and whatever I was told by my father and previous coaches,” he said.

Williams mentioned that a new hitting coach joined the staff at Merced College and helped him “tremendously” with his swing and with tapping into his potential. “I took it to heart,” he said of the encouragement.

With Covid-19 raging across the U.S., Williams said he isn’t quite sure what the fall and spring baseball seasons will be like. The team has received clearance to do some group workouts, but other than that, nothing seems to be set.

Regardless, Williams was set to move out to the university this week.

“With Covid, the statuses are always set to change. Nothing is set in stone,” he said.

Williams is a 2016 Mariposa County High School graduate. While at MCHS, he helped the Grizzlies earn a section title in his senior year, as a key member of the pitching staff and one of the top hitters and power sluggers on the team.

While in high school, he received several Southern League awards and other various recognitions during his time at MCHS.

He was named to the Gazette’s All-Decade MCHS baseball team earlier in 2020. The All-Decade team honored the top players from the years 2010-20.

He is the son of Tony and Beth Williams.