Wreaths Across America was represented in the parade. The group places wreathes at cemeteries to honor fallen service members.

The annual Labor Day Parade sponsored by the Mariposa Lions Club is always a highlight of fair weekend.

The winners this year were the Mariposa County High School cheerleaders, who performed a dance routine to a western song.

Second place went to the Mariposa County Sheriff’s Office. The sheriff’s office performed a “K-9 takedown” in the middle of main street near the judge’s stand.

Taking third was the rodeo royalty including Carol Suggs, who is a coordinator of the event. They were in a mule-drawn wagon.

Mary Paige, the 2019 parade grand marshal, was able to take a ride in this Mustang, which must have been a thrill for her. 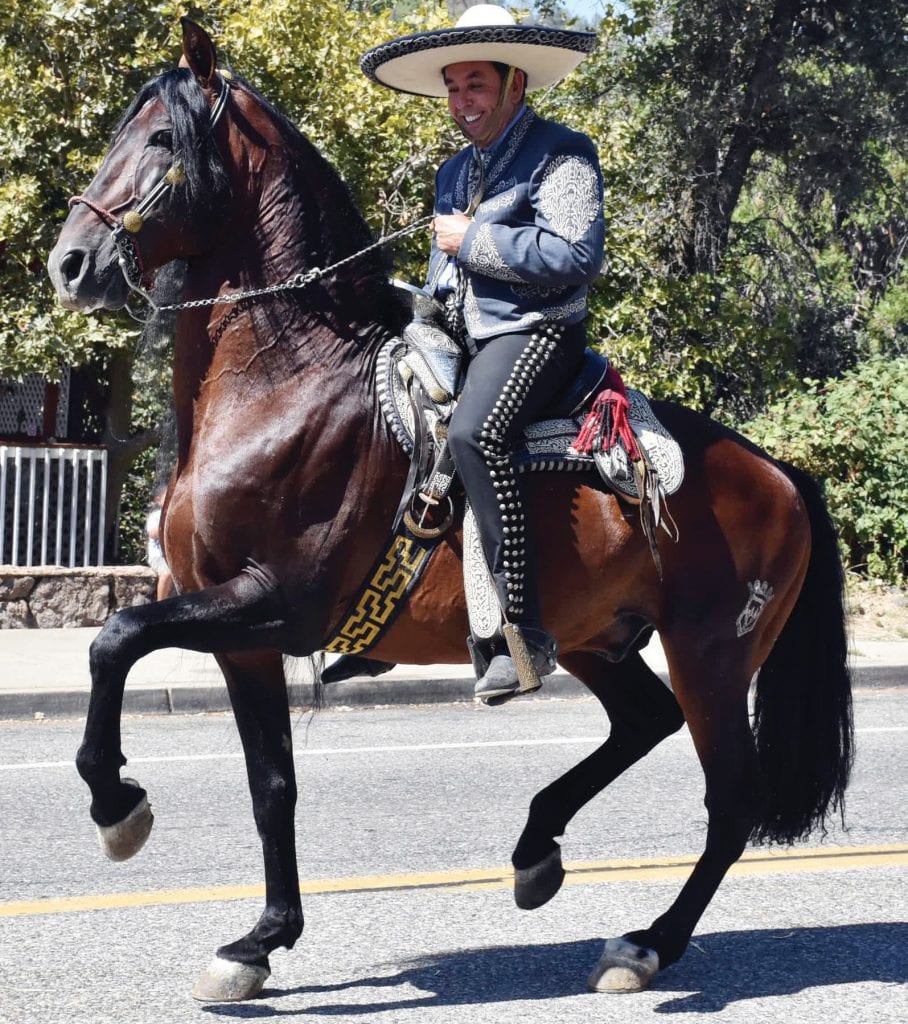 This entry of dancing horses was popular with the crowd lining the parade route. The group performs at various events in the county. 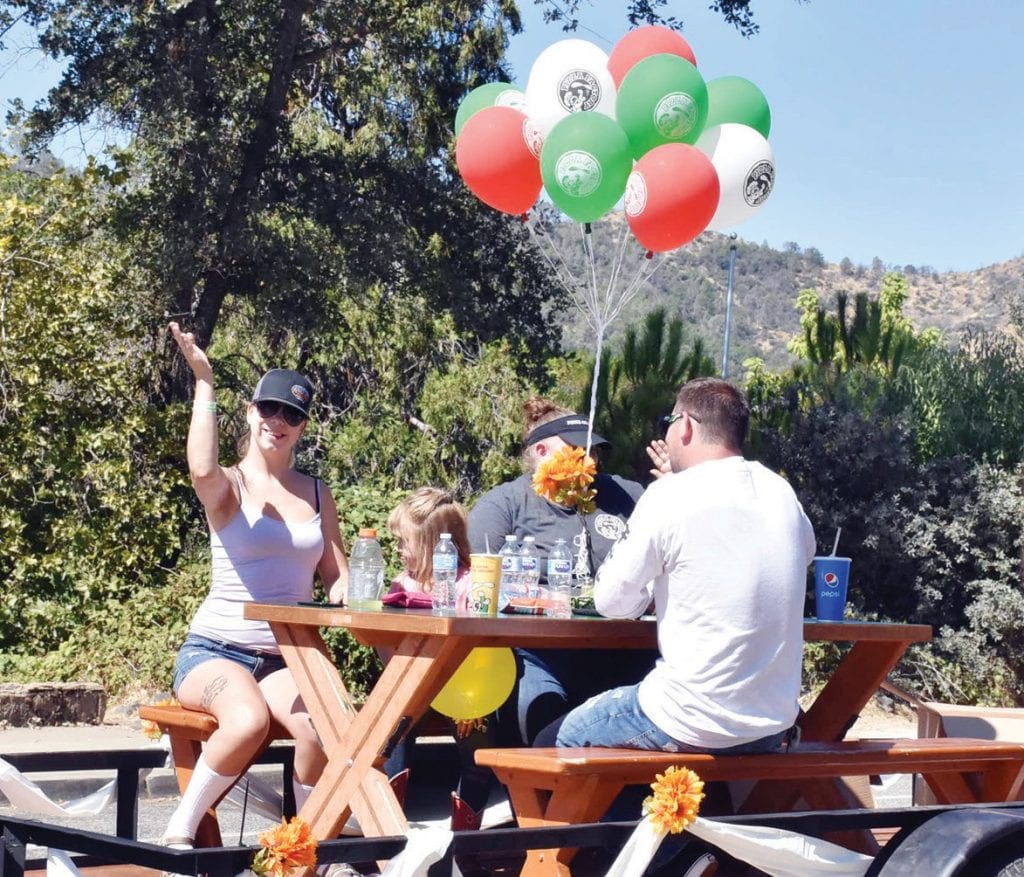 Pizza Factory had this entry in the parade, which featured a picnic table and, of course, pizza. 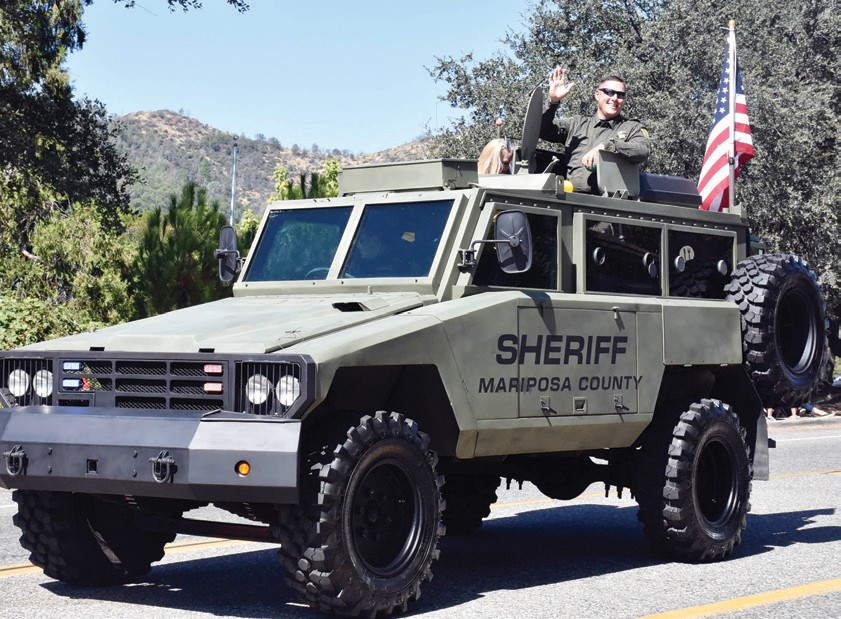 Mariposa County Undersheriff Jeremy Briese was all smiles riding in this vehicle during the Labor Day Parade last Saturday in Mariposa. 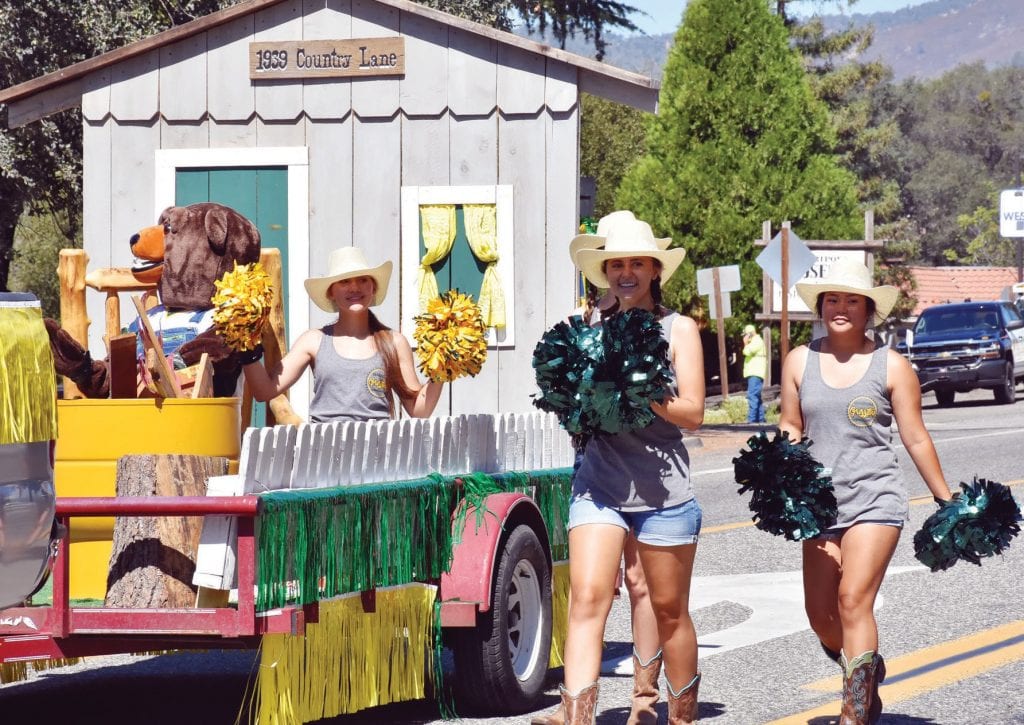 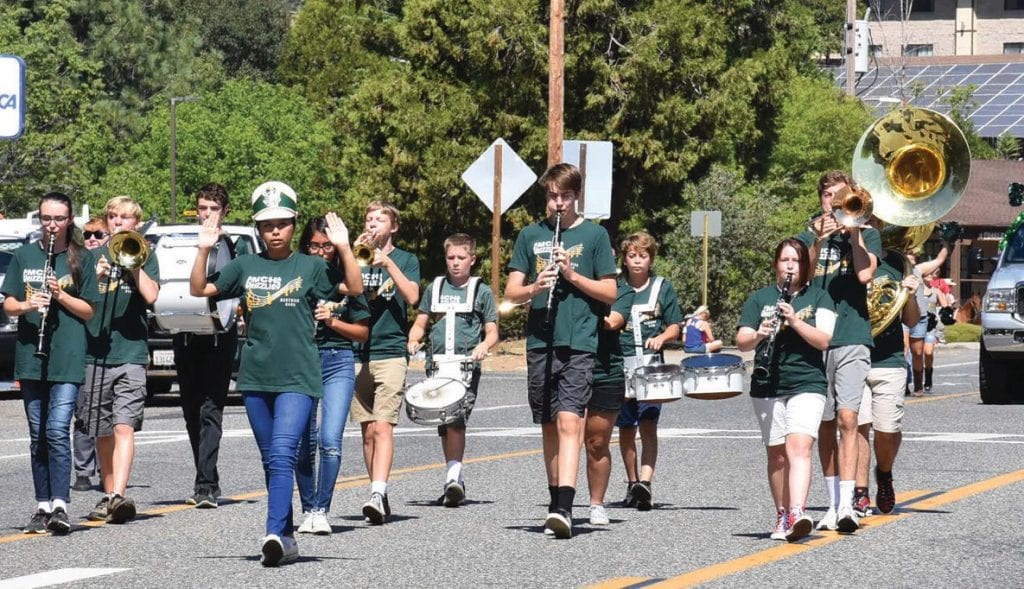 The Mariposa County High School marching band played as it annually does in the Labor Day Weekend Parade. 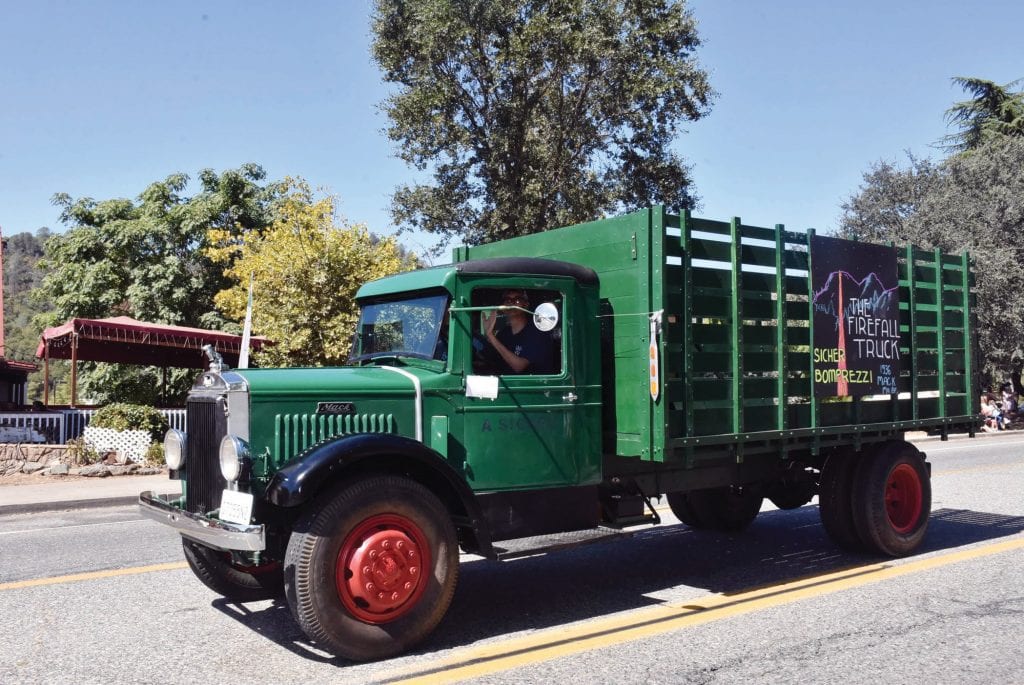 Shown in this photo is the “Fire Fall Truck,” which is a restored Mack Truck which was used by Bill Bomprezzi at Yosemite National Park. Bill’s grandson, Mark Radanovich, drove the truck in the parade. For many years, Bill and his crew cut firewood and transported it to Glacier Point, where the wood was used to create the famed “Fire Fall” at the park. 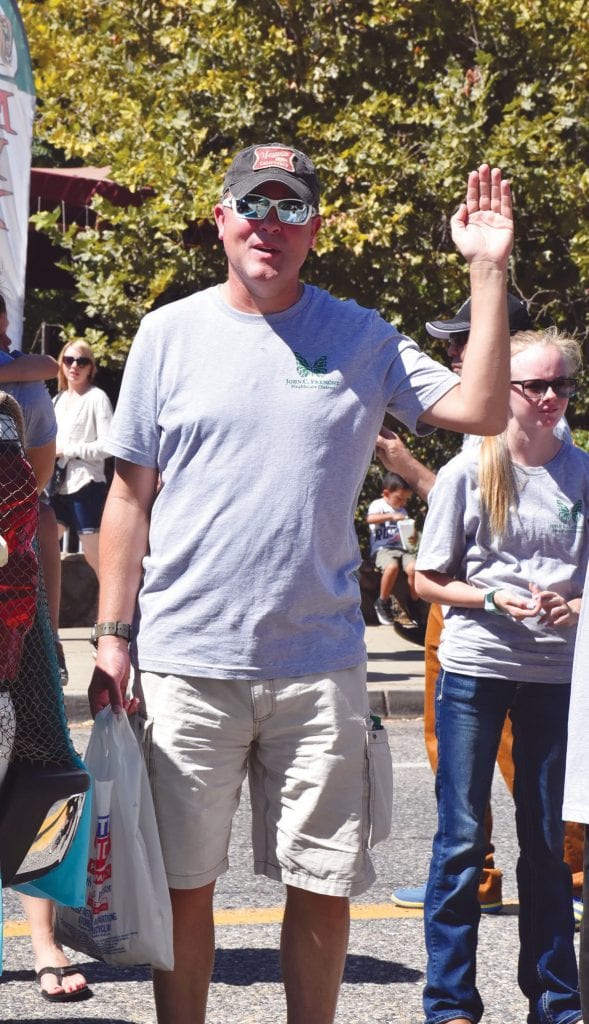