New plaque unveiled to honor four who died in 1962 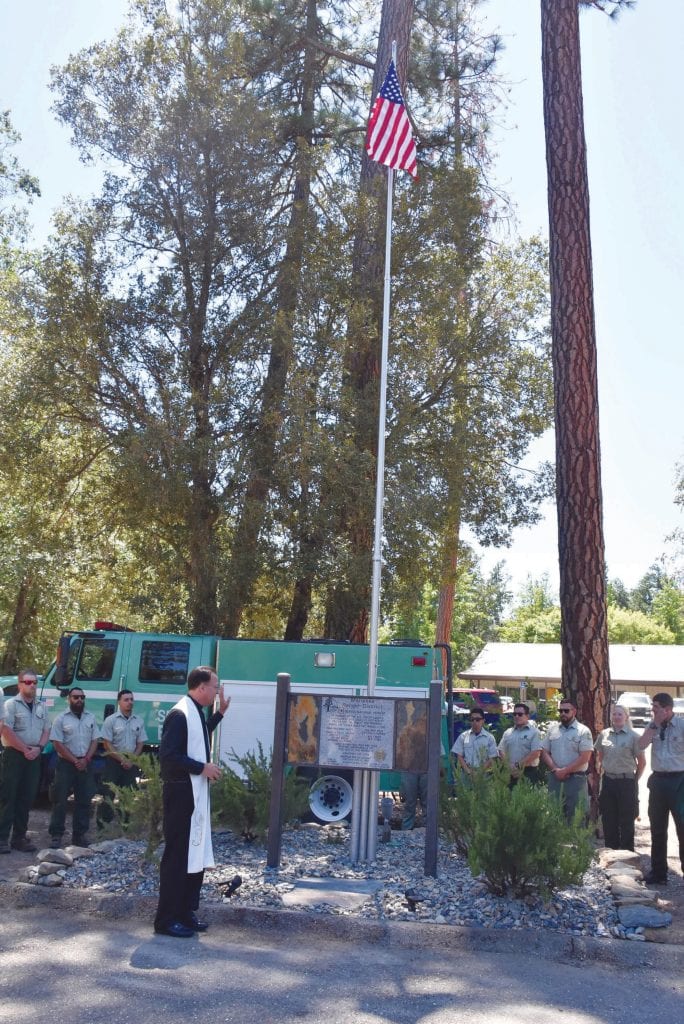 Father Michael Cox of the St. Joseph’s Catholic Church in Mariposa blesses the new plaque last week at the county park in Midpines. Below is the new plaque that is permanently on display. Photos by Nicole W. Little

But the pain remains.

Last Friday afternoon, more than a hundred people turned out to rededicate a monument to four firefighters who died on Aug. 2, 1962 in the Timber Lodge Fire.

The fire happened in Midpines and a plaque was in place for years at the county park in Midpines. However, time, weather and age had turned the old plaque into an unreadable piece of metal.

12 in Jerseydale said when she came to work at the station, she was “overwhelmed with the history here.”

During her research, she discovered the monument. That was in 2009.

She told herself before retiring, she wanted to “renew” the monument and the incident that claimed four lives and left two others severely injured.

With that knowledge, she went to work seeing how it could be accomplished.

One way was with the help of the Mariposa-Yosemite Rotary Club. 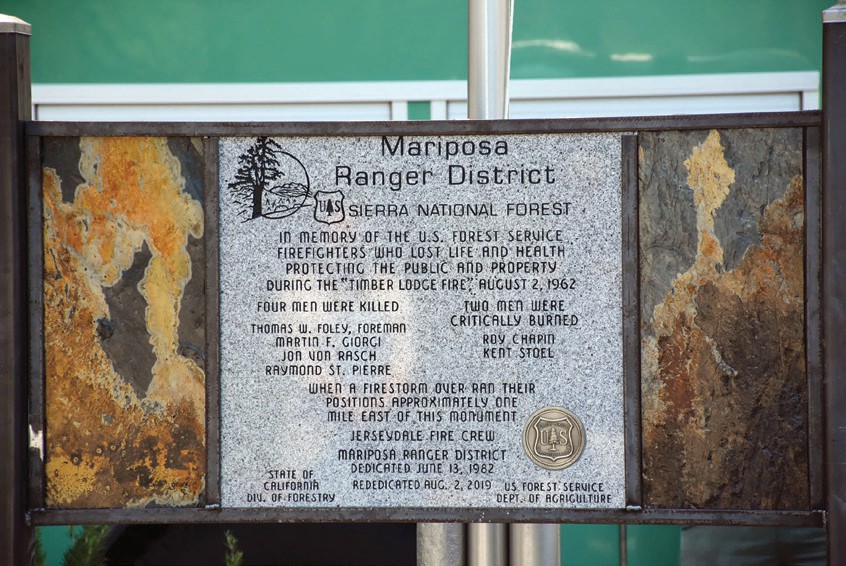 Vince Kehoe, a Rotary member, said he spoke with Gary Williams, the only known living survivor of that day, after a story appeared in the Mariposa Gazette. Williams suggested Kehoe meet with Carreon, which he did. That’s when the Rotary Club became involved.

Kehoe spoke during the ceremony, which was held in the meeting room of Mariposa County Fire Department Station 21 in Midpines.

“This event,” he said, means “your lives are very different than they would have been otherwise.”

Holding back tears, Kehoe said his grandfather was a firefighter and died of an illness related to the profession.

“I never met him,” said Kehoe.

But if he had, Kehoe said “my life would have been better — and so would yours.”

Kehoe recognized the many volunteers who donated time, money and materials toward the new monument. 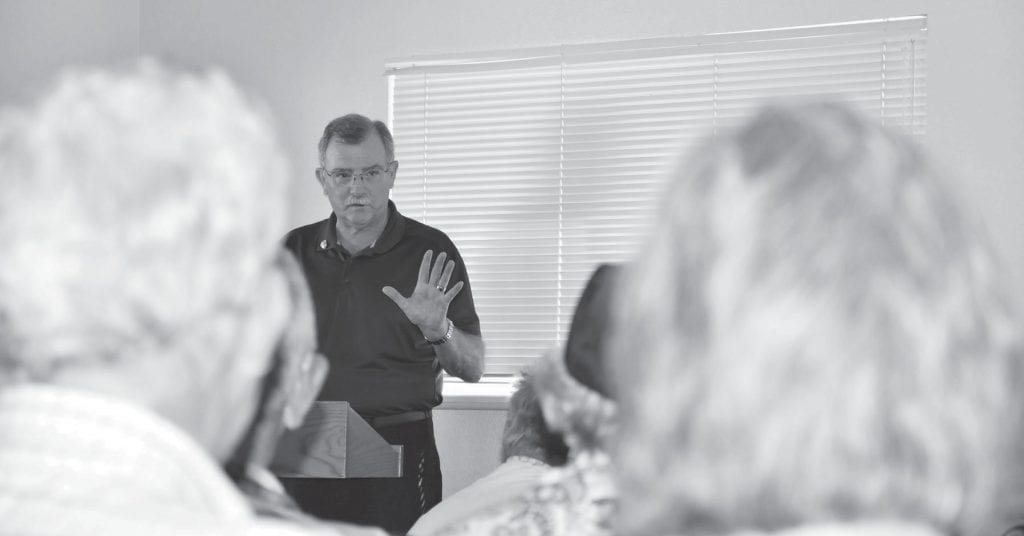 Vince Kehoe of the Mariposa-Yosemite Rotary Club speaks to the audience last week during a dedication ceremony for a new plaque to honor four firefighters killed in the 1960s. Kehoe spoke about the significance of honoring the fallen firefighters as well as the impacts it has on the families. Photo by Nicole W. Little

Smith read a newspaper account of the fire and also reminded those in attendance that “memorials are built to remember” those who gave their lives to protect others.

Next up was Williams and Patrick “Smiley” Tierney.

Williams was in his first year as a firefighter with the forest service when the fire happened. Tierney came into the service later and worked with Williams. He is also a historian when it comes to firefighting in California .

Williams said the fire was in the Bear Creek area when they arrived. He was part of the crew of eight from the forest service who responded to the fire.

“We had to run back to get away from it,” said Williams. “We went to the creek.”

Then, he said, the fire began running toward Carstens Road and the crew was “reassigned and told to wait for instructions.”

When the instructions came, he said the engine, with six men, “moved up the hill” toward structures in the area. 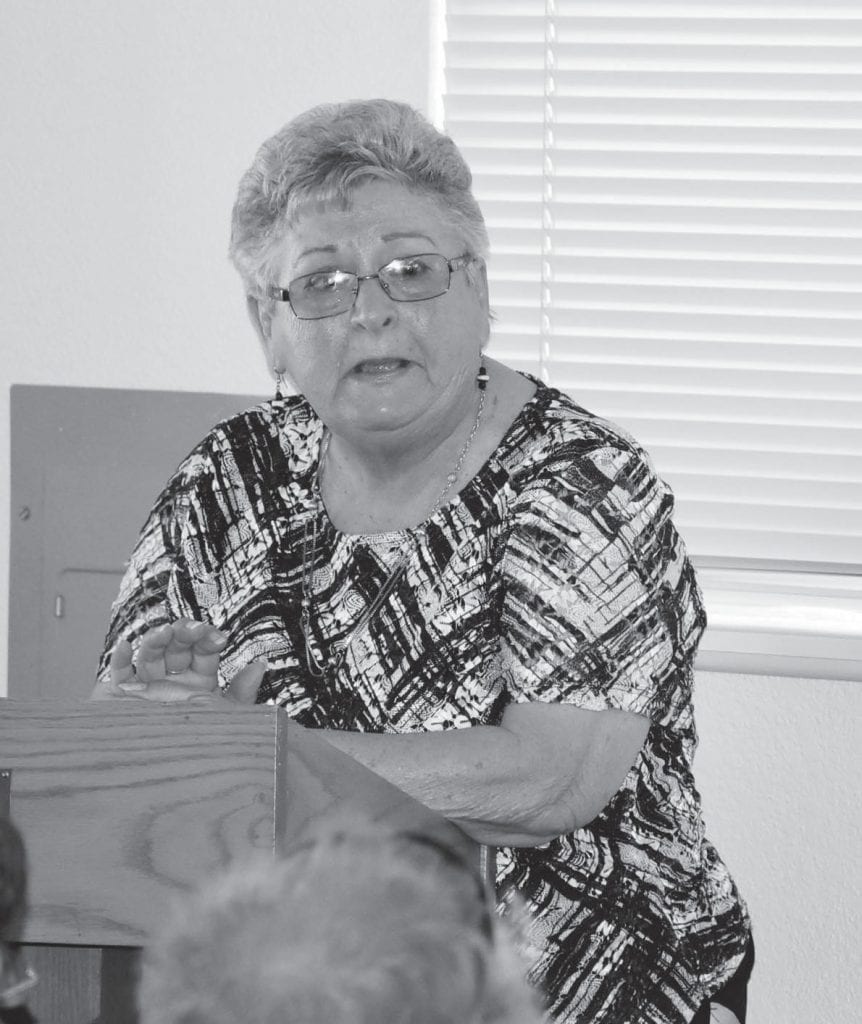 Janice Stoel, the widow of Kent Stoel who was badly injured in the fire, speaks to the audience during the ceremony. She spoke about the difficulties of the family members as well as how her husband lived a full life but always suffered from the injuries he sustained during that fateful day. Photo by Nicole W. Little

He then said a B-17 airplane made a drop of borate, which was the material used back in those days. Williams believes the borate, combined with the weather conditions, “made the fire blow up.”

By the time that happened, the fire had overtaken the engine, leaving four men dead and two severely injured.

The two injured were Roy Chapin and Kent Stoel, who would both survive but were scarred for life because of that fateful day.

Tierney said the spot where the fire overtook the engine is still visible to this day.

In researching how fires were fought at that time, Tierney said one major issue was the firetrucks of the time could only pump water when the truck was parked.

In addition, at that time, the forest service and the state fire department, now CAL FIRE but known as the California Department of Forestry at the time, didn’t have radio communications between departments. 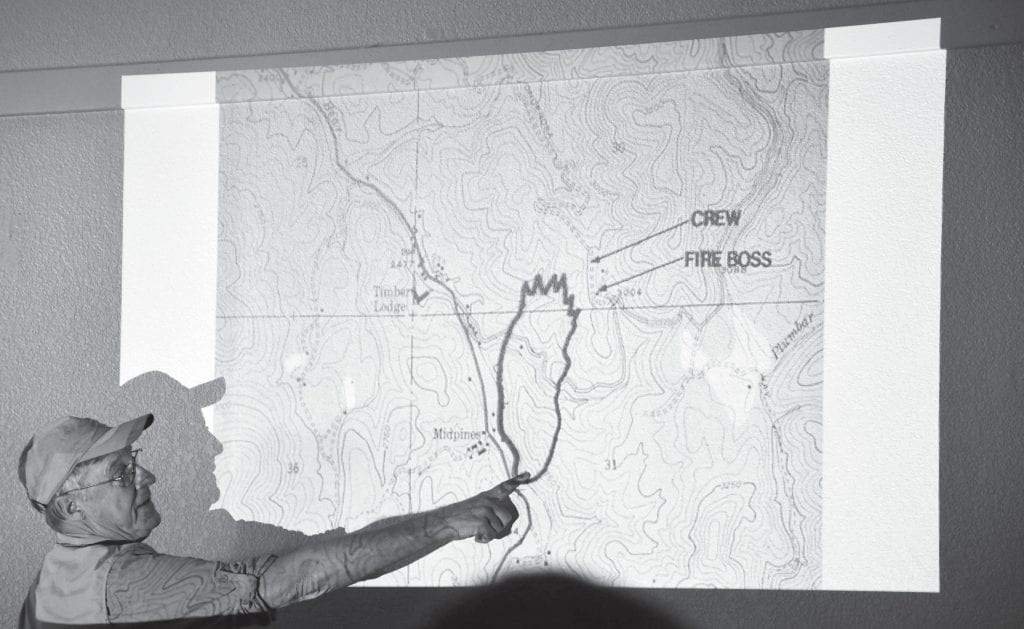 Patrick “Smiley” Tierney used various maps to explain to the audience where the fire was located as well as where the fire engine was trapped when flames overcame the crew. Photo by Nicole W. Little

“We barely recognized each other,” he said.

Tierney also said back then, the airplanes flew low when dropping materials.

Williams said he saw the wheels of the B-17 hit the top of the pine trees as it was dropping the borate.

Tierney said he was not able to interview the pilot or co-pilot because both of the died the following year in a plane crash while fighting a fire.

Though Tierney said he has done a lot of research on this fire and many more, there is one common thread: “The impacts on the families are horrendous.”

That was echoed by Miles Giorgi, the grandson of Martin Giorgi, who was in attendance at the ceremony.

“This changed the course of the family,” he said.

The most emotional speech of the day came from Janice Stoel, the widow of Kent Stoel, who survived that day but felt the consequences his entire life. He would go on to complete his education and returned to Mariposa County High School where he retired as the assistant principal.

Janice read a story she wrote about that fateful day, saying the electricity in her house went out because the fire was burning.

She outlined how agonizing the day was, especially when she found out how severely injured her husband was and what he would have to endure. She recalled the skin peeling off of him while he was in the hospital.

“The wives and children of these victims go through a great deal,” she said.

However, Janice also said her husband lived and was able to live a productive life.

“Indeed, God blessed us and continues to bless us to this day,” she said. “We had been given a new life.”

In that life, she said her late husband “enjoyed every moment. We have no regrets.”

Following the ceremony in the firehouse, everyone moved outside to the memorial area.

The American flag was raised by members of the Jerseydale crew of the U.S. Forest Service and then Williams had the honor of unveiling the new monument.

Father Michael Cox of the St. Joseph’s Catholic Church in Mariposa then blessed the monument.

Prior to the blessing, Cox joked that firefighting equipment has changed dramatically over the years but “my tools haven’t changed a lot.”

Once the monument was revealed, the ceremony ended and those in attendance took time to remember those who died and who were injured.

It is now permanently on display at the park in Midpines.