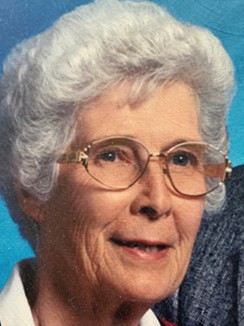 Former Mariposa resident, Elinore Burns, passed to her rest on March 10, 2021, at her home in Sonora, Calif.

Elinore was the wife of Dr. Al Burns, an oral and maxillofacial surgeon, who preceded her in death in 2005.

As a couple, they were best known for their dental office/ home on Triangle Park Road, where patients were treated to a peaceful waiting-room-view filled with pine trees, deer and squirrels.

The Burnses were also known for their in-home health seminars that focused on informative lectures and vegan cooking demonstrations, followed by a tasty sampling of the night’s menu.

After the couple moved to Sonora in 2001, Elinore racked up an impressive 10,000 hours of volunteer work at the Sonora Regional Medical Center, including leading the hospital auxiliary as its president for two years.

Elinore is survived by her daughters, Ginger, Heather, Chris, Kit, Kim and Calle; one son, Terry; 12 grandchildren; and 26 great-grandchildren.