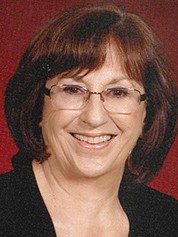 Eleanor first worked for Roy Radanovich at the Mariposa Drug in 1957, and in 1959 she was appointed postmaster of Hornitos, Calif., being the youngest postmaster in the United States at the age of 18. In 1973 Eleanor returned to Mariposa Drug, working for David and Leroy Radanovich, eventually joining Leroy in the formation of Mariposa Photographic. For the next 30 years, she and Leroy partnered as husband and wife as photographers, photographing approximately 3,000 weddings, primarily in Yosemite National Park.

In addition, Eleanor worked at many jobs in Mariposa, becoming well known for her skill and friendly personality. While Mariposa Drug was the primary family business over the years, Eleanor also worked at Coast Hardware, Camp Green Meadows, Tenaya Lodge in Fish Camp, Raleys Market in Oakhurst, finishing her career as the Ice Cream Lady at the new Rite Aid drug store. For most of their 45 years, Leroy and Elle raised wine grapes and sheep at their various Bootjack homes. It was not unusual to keep an occasional orphan lamb in the back room of the photo studio waiting for lunch.

Because Keri Ann had special needs, Ellie was part of the group that brought special education programs and housing to Mariposa.

The family would like to offer special thanks to the staff of John C. Fremont Hospital, Home Health and Hospice and Shelly Gerkin for trying so hard to help Ellie. In addition, they appreciate special care givers Roberta De La Cruz, Patricia Williams, Beverly Hibpshman and many others that helped over a long period of illness.

No services are planned at this time due to Covid-19 virus issues, but she will be interred at Saint Joseph’s Catholic Cemetery. A memorial service will be planned for this large family and many friends once the pandemic has expired.