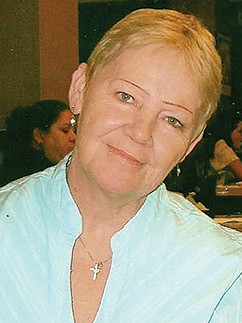 Earlene Rae Lawhon 72, of El Portal passed away in Fredericksburg, Texas with family by her side.

Mom was born on Jan. 24, 1948 in Modesto to Lloyd and Mary Lou Dickerson (Williams). Mom married the love of her life M.L. (Sonny) Lawhon on May 5, 1967 and had 45 years together until his death. She was raised in El Portal, attended elementary school in the old church, then attended

Mariposa County High School, graduating in 1966. She worked hard all her life. Jobs including the El Portal Market for Hugh and Lou Carter, Parkline Restaurant for Chuck and Ruth Jette and later again, pre-flood, for the Houtz family, the Motor Inn Restaurant for Marty and Esther Warren, the El Portal Post Office and managing Cedar Lodge Restaurant until retirement in 2018.

Mom was part of a huge family that in 1990 achieved five living generations in Mariposa County, starting with her namesake she shared a birthday with Earl (Dorothy) Williams, owner of Williams Brothers Mining (Golden Eagle) in El Portal.

She was preceded in death and now joyfully reunited with husband M.L. (Sonny) Lawhon, her mother Mary Lou McCubbin and father Lloyd Dickerson.

Mom touched the lives of all who knew her. She will forever be missed and never forgotten.

One response to “Earlene Lawhon”