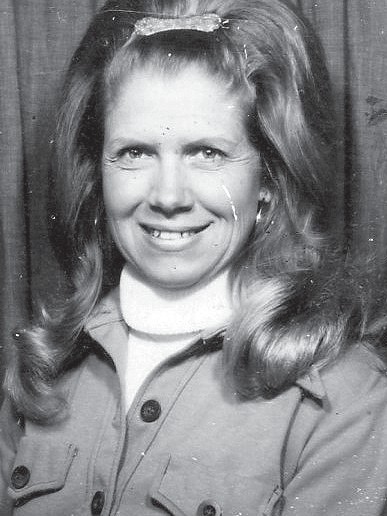 Doris Richards was born on June 24, 1936 in Merced, Calif., to parents Arthur Macy and Dorothy Willard.

Doris met and married Lon Richards on Jan.10, 1953. She was raised in Merced. After marriage she moved to Mariposa with her husband. They have resided in Lushmeadows since 1981.

Doris traveled with her husband all over the state wherever his state job took him.

She graduated from Visalia Beauty College in 1970, becoming a cosmetologist. Doris owned her own salon in Sacramento — Glamour Ette Beauty Salon.

Doris was very talented in arts and crafts; she took many winning ribbons with her county fair entries. She was in Eastern Star for many years, a John C. Fremont Hospital volunteer, a member of Mariposa Fish & Game Protective Association, plus several other projects such as being in charge of Mariposa Senior Center bingo games.

She loved the outdoors and sporting events.

Doris was a kind and loving mother and wife. She leaves behind her husband, Lon Richards; three children; seven grandchildren; and 10 great-grandchildren.

A memorial service will be at 11 a.m. on Saturday, Nov. 2, 2019 at the Mariposa Masonic Lodge. A reception will follow in the Masonic dining hall.