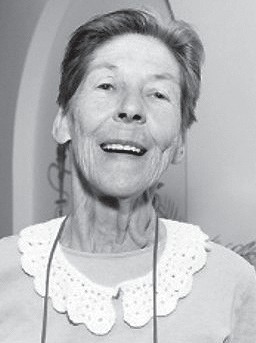 Veryl Elaine Kimbro, known by most as Dolly of Mariposa and many other lands, passed away at the age of 82 on Thanksgiving morning, Nov. 25, 2021, in Washoe Valley, Nev., accompanied by her family.

Dolly was born to Merritt and Flossie Thomas in Merced on Nov. 14, 1939, but lived most of her life in Mariposa where she also met her husband, Jack Kimbro, to whom she was married to for 49 years.

Alongside Jack, they raised three boys up at “The Ranch” on Mt. Bullion of Bear Valley while becoming great friends and inspirations to lots of people who loved to spend time with the family.

Dolly always had an open ear and a pot of beans with homemade bread for everyone who just wanted to talk or had a problem. With common sense and a huge heart, she shared her great life experience and helped numerous people to find the right path in their life.

Working with the Mariposa Chamber of Commerce, Dolly aided in the creation and placement of the California State Mining and Mineral Museum in Mariposa.

She was crowned Mariposa County Fair Queen at the age of 17 and in later years was known for winning the Powder Puff Derby at the fair several times.

Mrs. Kimbro was preceded in death by her husband, Jack, her son, Shane, and her infant daughter, Kelly Joe.

She is survived by her sons, Travis and Kalvin, and many grandchildren and great-grandchildren.

A funeral and memorial service is planned for Saturday, Dec. 4, 2021. It will be at the Mariposa Cemetery at 11:30 a.m. and a memorial with potluck at the Mariposa County Park Pavillion will follow at 1:30 p.m. For people attending the service at the cemetery, please bring a large special stone for the base of the monument.