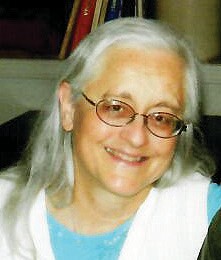 A local physician, Dr. Carolyn Rose, has been accused by the Medical Board of California of a number of medical missteps.

The board is accusing Rose of repeatedly prescribing excessive amounts of controlled drugs for patients, and more. A 46-page report filed by the board on July 6 lists five serious violations by Dr. Rose: gross negligence, repeated negligent acts, excessive prescribing, incompetence and failure to maintain adequate and accurate medical records.

A review by the Board of the Controlled Substances Utilization and Review System, known as CURES, raised concerns about Rose’s prescribing practices, the medical board said. CURES, maintained by the Department of Justice, tracks all Schedule II, III and IV controlled substances dispensed in California.

According to the Fresno Bee, a mandate for doctors to consult CURES prior to prescribing, ordering, administering or furnishing controlled substances becomes effective in October 2018.

The investigation into Rose’s practices was opened after the California Highway Patrol notified the board that they had arrested one of Rose’s patients for driving while impaired. During the investigation, officers discovered controlled substances in the possession of the patient that were prescribed by Rose.

“This is a pending proceeding with the California Medical Board,” Matthiessen added. “The hospital’s medical staff will review the matter based on the findings of the medical board.”

Matthiessen said he wanted to “reiterate” JCF’s commitment to its partnership with Mariposa County on the opioid task force.

“Our Living Well series meets twice a month and provides people with tools they need to manage their chronic pain,” Matthiessen said. “If you want more information about the series please contact Doucette Alvarez at (209) 966-3631 x4006.”

The information contained in the report about Rose lists several examples of alleged misconduct.

In one instance, Rose prescribed “Patient A,” a 64-year-old woman, with near-monthly prescriptions of morphine sulfate, methadone and carisoprodol (Soma). The report said that during one treatment period, Rose didn’t provide the patient informed consent regarding the risks of methadone and did not elicit an adequate family history of heart rhythm abnormalities for the patient prior to prescribing methadone. Rose also allegedly did not offer the patient safer alternatives to narcotics to treat her pain.

In the case of a 68-year-old woman, “Patient C,” the patient had a history of chronic lumbar disc disease, chronic pain with muscle spasms, anxiety, insomnia, peptic ulcer disease, hypertension and more.

Rose stated that the patient was difficult to deal with. She said she tried to reduce the patient’s oxycodone, but “could not convince this lady well to do [sic.] But I’m learning now that I can’t listen to them. I have to just do it anyway, okay. So she wasn’t willing… and immediately the next month wanted to go back up again which I did, which was a mistake, okay, so, and that’s where she stayed ‘til she died.”

The report goes on to claim that Rose ignored red flags for opiate abuse. “Patient C reported that her medications were not working, requested higher doses and refused to decrease her use of opiate medications.”

Rose’s prescribing brought the ire of United Healthcare, an insurance company, which sent three letters in 2015, the board said.

The board claims that Rose did not document that she had reviewed them, considered the warnings or discussed the letters with the patient.

The report goes on to list a series of other patients whom Rose also allegedly treated improperly.

She practiced and was co-owner of Mariposa Family Medicine from 1984 to July 2016, joining the healthcare district in August 2016. She has been affiliated with JCF Hospital since 1984 as an active medical staff member with admitting privileges.

She is married to Dr. Robert Rose, another employee at JCF.