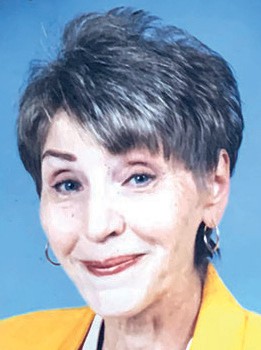 Diane was born Sept. 17, 1941, in the small town of Algona, Iowa. She was the youngest child of Nicholas and Mary Kinsch, (Weydert). Mary and Nicholas along with their seven children were farmers. One of the crops they grew was hemp that the government bought to make rope during World War II.

After farming for many years, the frigid winters took a toll on her parents. In the early 50s, after all her siblings were grown and gone, she along with her parents moved to sunny Southern California. They moved to a beautiful little town called Camarillo.

Diane met her husband Steve at a party in 1959. Steve was stationed at the Camarillo Air Force Base. They married soon after and moved to Steve’s hometown of Brooklyn, N.Y.

There, they had two children. In 1963 they packed up their two very small children along with a few belongings and drove 3,000 miles back to Camarillo to live. Six years later their youngest child was born. For many years, Diane was a stay at home wife and mother. In the late 70s she went into the workforce for the first time in her life.

Diane loved to sing, dance, play the piano and garden. She had a natural eye for fashion. She loved to thrift shop, where she would buy clothing, bring it home and with her sewing machine transform a discarded piece of clothing into something that just came off the rack of a high-end clothing store. Diane’s luminous blue eyes and smile were impossible to not notice. Diane was known by all family members for her unique gift giving.

In the spring, Diane’s ashes along with her husband Steve’s will be cast into the Pacific Ocean. A celebration of life will commence. Rest in peace dear Mother you’re in Heaven with the angels.

One response to “Diane Kinsch”