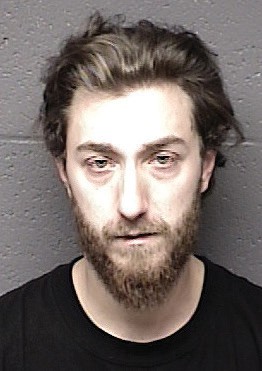 A Mariposa man remains under $1 million bail, accused of murdering his 22-month-old son in 2018.

Jesse Ashton, 23, faces one count of murder and one count of assault of a child resulting in death, both felonies.

Ashton was in Mariposa County Superior Court on Monday before Judge Dana Walton during his preliminary hearing. The hearing included testimony from three witnesses in the case, two of them law enforcement officials.

Ashton is charged in connection with the April 2018 death of his child, Bradley Reynolds. The child died after being transported to John C. Fremont Hospital in Mariposa and then by medical helicopter to Valley Children’s Hospital in Fresno.

He was originally charged with involuntary manslaughter in the case. However, since that time, Mariposa County District Attorney Walter Wall has been investigating the matter and brought the new charges in December. Wall was not the DA at the time of the incident.

Ashton turned himself in on Dec. 13 in after a warrant was issued for his arrest.

During Monday’s hearing, Wall called Conner Cole, who was a roommate of Ashton at a residence in the 4000 block of Triangle Road. Cole told the court he only lived with Ashton for two or three weeks.

“Why did you move out?” asked Wall.

He called that treatment “aggressive” and that Ashton “didn’t care for him.”

At one point in the testimony, Cole said Ashton “didn’t feed” his son properly.

Cole said his child was also at the house at times and that he made meals for both children.

Wall then asked Cole if Ashton was abusive to the child.

“He would pick him up and shake him and put him back on the couch,” said Cole.

Cole also said Ashton would “slap” the child “across the chest” and that he once observed him shaking the child while in the living room.

Cole then told the court he was at the home of Jessica Reynolds, the mother of the child, and said Ashton slapped the child “in an aggressive way.”

At another point, Cole said while they were at the Triangle Road house, he walked into the room and saw the child running around the room. He said Ashton was playing a video game and the child ran in front of the television screen.

“Jesse kicked him,” said Cole, “enough to knock him down.”

Cole also said Ashton used profanity toward the child, once telling the infant to “shuck the fu** up.”

Wall asked Cole if he ever spoke with Ashton about his child.

“Yes,” said Cole, who added he told him he “should be a father to his child.”

Cole alleged that at one point, Ashton told him he “didn’t want to be a father” to the child.

Cole then said Ashton told him varying of stories of what happened the day the child died.

First, he said Cole told him the child was on the swing set and fell off and started having a seizure. A couple of days later, Cole testified that Ashton said the dog jumped on the child and “caused injuries.”

Then, said Cole, he was interviewed by detectives from the Mariposa County Sheriff’s Office. Afterward, he said he asked Ashton about what he told detectives.

Ashton, said Cole, told a third version. He said Ashton told detectives he threw his son into the air and “didn’t catch him,” causing the boy to fall to the floor of the house. Cole also told the court Ashton said he did the same thing two other times, both times failing to catch the boy.

Cole then said he told detectives he thought Ashton “killed his son” because he was “mad at Jessica … He would get super mad.”

He also testified that Ashton said he “didn’t want to put up” with Jessica.

“There was hatred toward her,” said Cole, adding that Ashton frequently called Jessica a “bitch.”

Wall also asked Cole about whether Ashton had been mean to the family dog, which was an approximately 60 pound pit bull.

Cole said he saw Ashton “throw, kick and punch” the dog in the nose, once resulting in blood coming from the animal’s nose.

Next to testify was Sgt. Wesley Smith of the sheriff’s office.

Smith said he responded to the April 2018 call on Triangle Road of a small child having seizures. Smith said he arrived at the same time as Mariposa County Fire Department officials.

Smith said he saw the child in an apparent seizure and observed mucus coming from the child’s nose and mouth.

The officer said after the ambulance arrived, he saw the boy being brought out of the house on a gurney and the boy’s eyes were open and he “appeared to be breathing.”

Smith said one of the medics told him that Ashton said the boy fell on his back and later began vomiting. He also said the medic saw the boy had a cut on his lip.

Later, Smith said he learned the boy had died at the hospital in Fresno.

Smith told the court he left the case open because that is the procedure in “any suspicious death.”

Detective Sheree Hendricks then took the stand and told the court she was assigned the case and it was a “suspicious death of a child.”

She said Dr. Adam Holmes of Valley Children’s Hospital told her the death was “suspicious.” Holmes was the emergency room doctor on duty at the time the boy was flown to the hospital.

Hendricks said the doctor told her the boy had “severe bilateral retinal hemorrhaging,” which the doctor said was “consistent with being shaken.”

Hendricks also said the doctor told her the injuries “could not have been” from a fall. The doctor said there was “great swelling from the brain.”

She then went back and interviewed Ashton, who told her the boy had ran across the yard and “tripped and fell” on the pavement. Ashton told her it was an hour and a half later when the young child began having seizures.

Then, Hendricks told the court she attended the autopsy which was performed at the Stanislaus County Coroner’s Office. The doctor who performed the autopsy told Hendricks the death was from “blunt force trauma,” and listed the cause as “non-accidental, adult-inflicted injuries.”

She also said there were two distinct injuries to the child, one on “each side” of his head which was “not consistent” with a fall.

A couple of days later, Hendricks said the doctor told her they had also found a laceration to the kidney, which the doctor said was consistent with a “blow to the kidney.”

Hendricks then went back to Ashton’s house for a second interview and told Ashton she had attended the autopsy.

The detective told the court Ashton asked he if the death could have been from a previous injury. He then told her at one point he “thought” the young child may have climbed on a small piano in the house and fallen off.

At first, Hendricks said Ashton “stuck to the story” of the piano and also said it might have been possible the dog could have knocked the boy over.

Then, said Hendricks, Ashton told her he dropped him after tossing him up in the air and was unable to catch the infant.

He told her that happened just one time. Later, said Hendricks, Ashton told her he had done the same thing twice — failing to catch the child both times.

Action did not cross-examine Hendricks.

When it came time to ask the judge whether there was sufficient evidence to proceed in the case, Wall said he felt his office had “met the elements” for murder.

Action told the court he would put on no defense at the preliminary hearing, but did say there would be evidence presented when the case goes to trial.

Walton said there was probable cause to proceed with the case.

During the bail portion of the hearing, Action said he believed Ashton should be granted a reduced bail and be allowed to have electronic monitoring. Ashton has been in jail since being arrested on Dec. 13.

Action said Ashton has no criminal record and pointed out he turned himself in as soon as he found out there was a warrant for his arrest.

Action also questioned the length of time the DA has taken to bring the case forward.

“We’re here a year later,” said Action, noting no new evidence has been presented since mid-2018.

“This warrant could have been issued in September 2018,” said Action. “But it was not.”

He said it “apparently” took the DA’s office “almost two years” to bring the charges Ashton now faces. Action also noted Ashton has “family and community support,” pointing to about 15 people in the audience in support of Ashton.

Wall then said he felt the bail should be increased to $1.5 million, saying state statues allows for $1 million on a murder charge and up to $500,000 for the charge of assaulting a child resulting in death.

“This is a serious case; these are serious allegations,” said Wall. “The length of the investigation is not a factor.”

Action said the DA’s office has the “same information” now as it did when former District Attorney Thomas Cooke was handling the case.

“This case began with a different DA,” said Wall. “I can’t speak for what he did or why he did it.”

Wall did say since taking over the case, he has talked with several doctors and said “this is a clear case of homicide.”

In setting bail, Walton said there are two factors considered by the court: Danger to the public and risk of flight.

He did acknowledge Ashton has made court appearances but said he was “struggling” with the public safety factor.

Walton said he wanted to “err on the side” of public safety.

The judge maintained bail at $1 million, saying he was not going to add $500,000 as requested by Wall.

Walton then set the arraignment of Ashton for 9:30 a.m., Monday, Jan. 13 in Mariposa County Superior Court.

At that time, the next steps in the case will be determined, said Walton, including a possible trial date.

During Monday’s hearing, Ashton, dressed in a striped jail uniform, sat with his head down during the entire proceeding and did not speak.

When court was dismissed, a voice was heard coming from those there supporting Ashton saying, “Jess, I love you, man.”