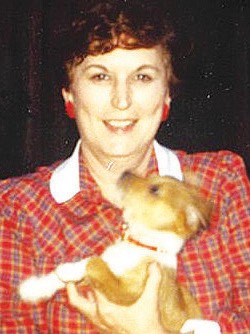 She moved to Jackson, Calif. and lived many more years.

She worked at the courthouses in Mariposa and Jackson and moved back to Mariposa in 2012. She also enjoyed volunteering her time at A-Pal Humane Society in Jackson, her A’s baseball team and reading.

She will be missed very much.

Services will be held at a later date.

One response to “Dena Elaine Billings”