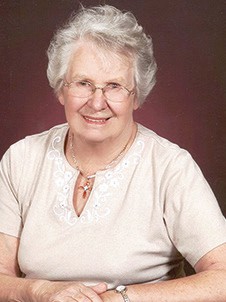 After a few moves, her family settled in Inglewood, Calif., in 1944.

Eventually in 1973, she moved to Mariposa along with her husband, Leo, and five of their nine children.

Delores helped form the Mariposa Real Estate Association, which later became the Mariposa Board of Realtors. She served as president of these groups over the years, and worked in real estate until she retired.

During her time in Mariposa, she served as president of the Mariposa Chamber of Commerce, John C. Fremont Hospital Foundation, Habitat for Humanity, Council of the Mariposa Lutheran Church and on the Mariposa Planning Council. She was named Businesswoman of the Year in 1989, and was honored to be one of the grand marshals in the Fair Parade.

She was thankful for the community of Mariposa and the friends she formed during her 47 wonderful years there. One of her dreams for Mariposa was to see a Senior Graduated Care Facility.

Delores said her greatest accomplishment is her nine children (four of whom graduated from Mariposa County High School), 27 grandchildren and many great grandchildren.

Delores loved the Lord and her tender heart was always reminding us how thankful and blessed she was.

She entered heaven on Sept. 9, 2021, in Auburn, Calif., where she moved in 2018 to live with her son and daughter-in-law. She will be missed but her legacy lives on through her family, friends and all those whose lives she touched.

One response to “Delores Hahn”