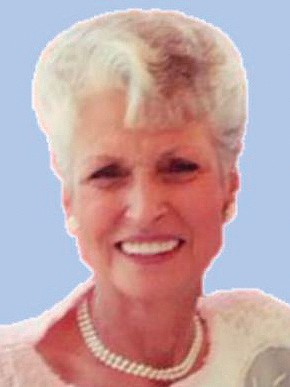 Shortly thereafter the family moved to Arkansas. They returned to California after World War II, where Della resided for the remainder of her life.

Della was passionate about helping others and became a registered nurse in the late 1950s through the University of Southern California. After becoming a nurse, she met the love of her life, Dr. Arthur “Doc” Dahlem, and they were married in 1960. They were married for 34 years before his passing.

In 1965, Doc and Della moved to Mariposa with their sons, Steve and Greg Dahlem. They had previously established the D Bar D Ranch on Westfall Road where they raised registered polled Hereford cattle. She loved the ranch and was very proud of raising and showing cattle, remodeling her home and building the ranch to become one of the most beautiful places in Mariposa County.

Once they moved to Mariposa, Doc and Della built and established a medical office where they worked side by side. They were in practice for nearly three decades serving the community. Della’s support of Doc was also instrumental in his efforts with other local leaders to form Yosemite Bank.

Della was a proud supporter of Mariposa athletics, and she would rarely miss one of her son’s games. She was an avid USC fan, and you would often see her at USC football games. Not only did Della put her patients first, but she also put her community and Mariposa County students first. Along with many other committed parents, Doc and Della started the MCHS Grizzly Boosters Club in the early 1970s, an organization that is still providing support to MCHS student activities to this day.

Della loved her family and friends, including all the dogs she has had over the years. She was very proud to watch all her grandchildren and great grandchildren grow up. She also loved to travel, especially to Hawaii and Tahiti. Della was very thankful for all the great friendships she has made throughout the years.

Della is survived by her sons, Greg Dahlem and Steve Dahlem; daughter-in-law, Cathy Dahlem; grandchildren and their spouses, Deni and Gene Smith, Justin and Erin Dahlem, Ashley Dahlem and Michael Dykstra, Brett and Jill Dahlem, Jessica and William Brandle; and by her eight great-grandchildren.

She was preceded in death by her husband Dr. Arthur Dahlem; granddaughter, Melanie Dahlem; and her parents, Troy and Lucille Kay.

The family will be having a celebration of life to honor Della on Saturday, Sept. 11, 2021, at 2 p.m. The event will be held at the D Bar D Ranch, located at 3031 E. Westfall Road in Mariposa. In lieu of flowers, the family requests that donations be made to the MCHS Grizzly Boosters Club.