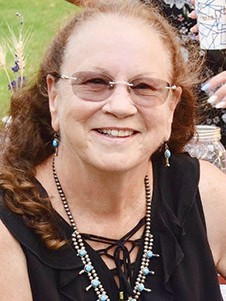 It is with deep sorrow that we announce the passing of our beautiful wife, mother, grandmother, daughter, sister and friend, Debra B. Smith of Mariposa. She passed away on Tuesday, April 13, 2021 at the age of 69.

Debbie was born Nov. 20, 1951 in Waukegan, Ill., to Chauncey and Joann Haynes. Growing up, Debbie lived in many places while her father was in the military, settling in Monterey, Calif., as a teenager. She attended Seaside High School and graduated in 1969. Debbie and her family relocated to Mariposa in 1975, where she resided until her passing. Debbie married Philip Smith in 1975 and had three daughters, Monique, Jennifer and Dawn.

Debbie worked as a tax preparer with H&R Block until she was hired with Mariposa County Human Services in 1983 as the food stamp clerk. Debbie worked her way up the ladder, attending UC Davis and earning her BA in social services, becoming the deputy director of Human Services. She retired after 28 years of service in 2010 to take care of her parents.

Her passion was helping others, as evident in her chosen career. She helped others by being active in her community volunteering at the Senior Center, as a member of the Golden Agers, bookkeeper for Friends of Hospice, a board member of First Five, a Girl Scout leader and a coach to her daughters. Debbie enjoyed being a doula and bringing newborn babies into the world. One of her most cherished volunteer experiences were spent supporting, caring and mentoring others going through cancer treatment as a peer counselor with the American Cancer Society.

Additionally Debbie enjoyed gardening, sewing, crafting, playing bingo, trips and lunches with her friends, Giants baseball, Disneyland and spending time with her grandchildren. She will be forever missed but always in the hearts of family and friends.

Debbie was preceded in death by her parents, Chauncey and Joann Haynes; a brother, Michael Haynes; and her daughter and son-in-law, Jennifer and Robert Przybyla.

A Celebration of Life will be held on Saturday, May 8 at 11:30 a.m. at the Van Ness Ranch, 5260 Carleton Road, Mariposa. Those attending are asked to bring a side dish and your happy memories of Debbie.