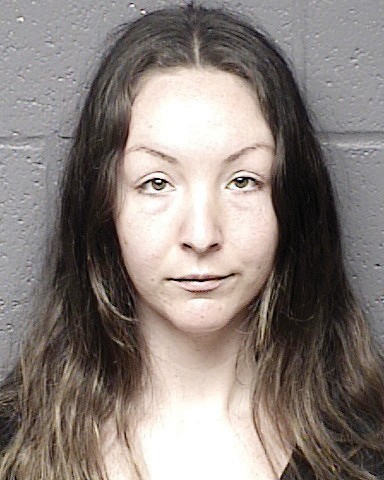 A Mariposa County woman will testify against the man she was apparently living with when both were charged with sexual acts against a minor.

According to Mariposa County District Attorney Walter Wall, Stroming has agreed to testify against the co-defendant in the case, Michael Anthony Cutter, 31, who is also from Mariposa County and previously spent time in prison for attempting to kill a woman.

The incident happened in March of this year at a residence on Old Highway Road in Catheys Valley. During the incident, it was alleged both Stroming and Cutter directed a minor female to participate in a sexually explicit video and also both slept in the same bed with the victim.

A hearing was held before Mariposa County Superior Court Judge Michael Fagalde last week and Stroming did appear in court with her attorney, Roger Nuttall of Fresno.

According to Fagalde, Stroming was entering the pleas and is being granted a time waiver for sentencing so she can testify against Cutter in the upcoming trial. Stroming agreed to that condition during the court hearing last week.

She then agreed to enter guilty pleas to three counts, while a pair of charges were dropped in exchange for her testimony.

The first count is conspiracy to commit sexual battery, a charge that was reduced to a misdemeanor. As part of the plea, Stroming agreed to four of five accusations as part of the charge.

• Requesting a minor to engage in a sexual explicit video.

• Requesting a minor to sleep in the same bed as her and Cutter.

• Sleeping in the same bed as the minor.

• That “someone” digitally penetrated the vagina of the victim.

On that accusation, Stroming at first said “no,” but after consultation with her attorney, agreed and changed it to “yes” with the understanding it was “someone” who did the act.

A fifth accusation was removed. That was that Stroming touched the breasts of the minor victim. She denied doing that and Wall agreed to take it out of the accusations.

Fagalde told Stroming it is likely she will have to register as a sex offender for the rest of her life, though he did say some of the laws have changed and that could be amended at some point in the future.

The judge accepted the pleas of Stroming and then turned to the lawyers for a possible sentencing date.

Wall suggested October, saying he was unsure when the trial for Cutter will take place.

The judge agreed, and set sentencing for 9 a.m. Tuesday, Oct. 5.

Cutter has been in court several times in the matter and has often been combative toward the judge and even his own attorney.

During a hearing in May, Cutter’s trial date was set for next week, however, that appears to have went by the wayside and a trial date has not yet been established.

Cutter faces the following charges: sexual battery; enticing a minor for illegal sex, aiding and abetting; assault with intent to commit a felony; penetration by foreign object; child annoying; using minor for sex acts; unnatural or abnormal sexual interest in children; possession of a firearm by a felon; violation of parole; and possession of marijuana for sale by a registered sex offender.

Testimony given in a previous hearing indicated the victim attended Mariposa County High School as officials from the school were part of the search warrant team at the residence in Catheys Valley.

During that hearing, it was alleged that Cutter and Stroming enticed the victim into being part of a sexually explicit video and promised her it would not be released until she turned 18. They were also accused of luring the girl into bed with them.

Cutter is on parole in connection with a previous incident in Mariposa in which he was accused of trying to kill a woman at the Arts Park.

Cutter originally faced seven felony counts in connection with the incident, but the plea deal allowed him to be charged with just one count, which was assault with a semi-automatic firearm.

According to the sheriff’s office report at the time, Cutter allegedly approached several people in the park and allegedly pulled out a handgun and pointed at one of the victims. He pulled the trigger twice but the gun did not discharge. The report stated one of the people was able to hit Cutter in the head with a rock and then he fled to a waiting vehicle.

The next morning, police executed a warrant at Cutter’s home on Mark Lee Road and he was taken into custody without incident.

During the search of his home, police found what appeared to be a hashish oil manufacturing operation along with 1,763 grams of marijuana along with two rifles, two shotguns, large amounts of butane, scales and drug packaging materials.

After pleading guilty in that case, Cutter asked for probation. However, Fagalde, also the judge in that case, denied the request and sentenced him to nine years in prison. He was given 700 days of good behavior time.