Doctor says now not time to roll back Covid-19 rules 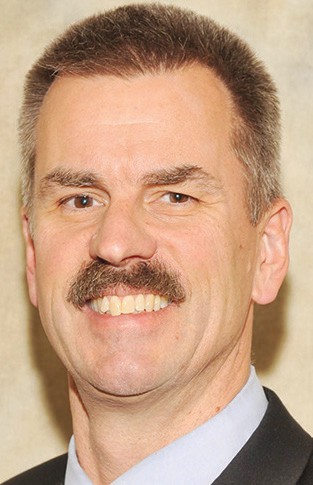 Editor’s note: Since this story was written, Mariposa County has reported three more Covid-19 cases, though details of those cases have not been released. The county did not update the Covid statistics on Wednesday. We will continue to monitor the reported number of cases in the county.

Dr. Eric Sergienko, the health officer for Mariposa County, has certainly been at the forefront of public attention for the past four months.

It’s Sergienko who has had to make the tough calls when it comes to the Covid-19 pandemic, a disease that has gripped America and continues to rise throughout the country.

But in Mariposa County, where visitors annually flock to go to Yosemite National Park, the numbers have been small, though they are getting steadier.

Of the 38 local residents, 32 have recovered and there are five active cases. There has been just one person hospitalized and there has been one death associated with the Covid-19 pandemic.

Sergienko, though, told the Mariposa County Board of Supervisors on Tuesday morning now is not the time to think about rolling back some of the rules; in fact, he said just the opposite.

The subject arose when Supervisor Miles Menetrey questioned Sergienko about whether the county should consider trying to get some sort of waiver from the state to allow businesses to open. Menetrey especially talked about restaurants.

Last week, Gov. Gavin Newsom ordered all indoor dining in California to stop. Outdoor dining is allowed, but only with proper protocols.

“It goes to show our community is working very hard to abide by the rules, the conditions that are coming down,” said Menetrey.

He even went so far as to say that with more visitors coming into the county, there has not been a spike in cases. He specifically pointed out that no hotel workers have tested positive and also said it is his understanding there have been no cases associated with Pioneer Market, the largest grocery store in Mariposa.

“I think it is because the actions and mitigations are working,” said Menetrey.

With that said, he added “our great concern” over the businesses “that can’t operate. We are so dependent in this county on those travelers and the businesses’ needs.”

Menetrey spoke specifically of restaurants “who have outside dining can take advantage of it. But those who don’t, their food is going bad and they are not able to move it.”

He then asked Sergienko if the county could “seek another variance based on the mitigation to get businesses up and running again.”

He pointed out that a restaurant worker was infected and officials “have seen that interface between our residents and visitors in the area.”

Sergienko did confirm there have not been any cases “associated with Pioneer Market.”

He said that is likely because of the “relation to how long a person has been in there. They are in and out and get done. If they are in there, there is some risk reduction, but not risk elimination.”

Sergienko said he is also “concerned” about “co-mingling. Some things like lodging would be low on my list. But restaurants and bars would be of concern, especially with inside areas, especially in a crowded place. The question is if we open and we get increased cases because of that opening, then that pushes us into the data monitoring list and things are imposed upon us.”

Sergienko said it is always a difficult decision and said he understood the concern of Menetrey.

“The challenge is always threading that needle,” said Sergienko.

Though Sergienko said he didn’t think it was a “bad question,” he also asked, “What is the right level? We are sort of in the sweet spot right now. We could open, maybe, but I am not sure.”

Menetrey complained Mariposa County is “under that blanket on what is imposed on other communities. We are closed not because of a spike in our county, but what is going on in other counties.”

And he’s not happy about it.

“To me, it just stinks,” said Menetrey, “that we are under the blanket statewide as a result of what is going on in other, bigger counties. They are around us. Our mitigation efforts seem to be working here in Mariposa County.”

Earlier in the discussion, Sergienko did point out that Mono County, which has roughly 14,000 residents as compared to around 18,000 in Mariposa County, recorded 22 cases in just a couple of days.

He said those cases were mainly associated with Mammoth Lakes and restaurants and bars in that area.

Sergienko said Mono County is “likely” to be going onto the state’s data monitoring list within a week because of the spike in cases. He also pointed out the health officer in Mono County was going to discuss it with the board of supervisors to see about taking further actions before the state intervenes. He suggested supervisors in Mariposa County might want to do the same, but none of the board members discussed it further.

Sergienko also stressed that cases in Merced and Madera counties continue to spike.

“I don’t know how successful we would be with the number of counties around us,” said Sergienko.

Supervisor Merlin Jones then brought up an issue relating to a restaurant in Buck Meadows, which had to stop indoor dining last week because of the governor’s order.

“They will go broke,” said Jones. “They were practicing social distancing. They were testing. She did everything by the book. There was never a case from an employee. Because of what is happening around us, she is not going to survive with three tables outside. Anything we can do go get relief for these people.”

Sergienko told Jones there are various state and federal programs in place to assist businesses and he encouraged anyone who is struggling to explore those programs.

Also a focus of discussion was the lodging industry and the rules which have been imposed.

Sergienko said lodging facilities don’t have capacity limits, but there is a 24-hour rule imposed on all lodging facilities. That means a room must be vacated for at least 24 hours before the next guests can use the room.

Supervisor Rosemarie Smallcombe said “there are concerns” among some in the lodging industry that the rule is “more restrictive” than in some other places.

“Yes, we are,” said Sergienko. “But we made that decision.”

Then Sergienko delivered a statement that really seemed to get the attention of Smallcombe, who represents a district that includes many lodging facilities in and around Yosemite National Park.

“How would that play out? Is it like the European travel ban against Americans?” asked Smallcombe.

“I don’t know how it plays out,” said Sergienko. “Does the state health office shut down hotels?”

He said many officials in the coastal counties “would prefer a statewide designation rather than a county designation.”

That, he said, would mean an order from the state could shutter lodging facilities statewide in order to “discourage travel.”

He also said keeping tight rules in place is necessary.

“We want to keep the economy opened up as much as possible and recognize our economy is tourism-based,” said Sergienko. “But if we open up too much, we can get on the list and shut down. We are cognizant of where the thresholds are.”

Supervisor Kevin Cann, the chairman of the board, said he was going to be meeting with tourism officials this week to discuss a wide range of issues.

He also said the report from Sergienko last week that testing of three wastewater systems in the county showed positive results for Covid-19 was “very sobering news.”

That testing, according to Sergienko, indicates people traveling to this area are infected with Covid-19 and it is evident in the positive tests of the sewer treatment plants in Wawona, El Portal and Mariposa.

Cann also said he thinks the rules have to remain in place.

“I don’t see how we can consider changing our protocols because so far they are working,” said Cann. “We have not had housekeeping people infected, but we know we have had people here with the virus.”

Cann said he understands it is a “brutal situation when it comes to our businesses.”

He also said “there is no county like us more than Mono County. We are sisters in our dependency on tourism. For them to have 22 positives and to know they were in restaurants, that does not bode well for testing.”

Sergienko said that same scenario “is something that could happen here.”

He did report that surveys have indicated “about 70 percent” of residents in Mariposa County are following the guidelines, like wearing face coverings and practicing social distancing.

“One-hundred percent would be better,” said Sergienko “We need to maintain this.”

Supervisor Marshall Long agreed, saying he, too, wants to see businesses open but only “safely.”

Also discussed was how testing is going in the county.

Sergienko said the testing site on Silva Road has funding through August and the “use is growing.”

So much, he said, there is now a three-hour block set aside each Tuesday for emergency responders and medical workers to be tested.

He also said testing results are much slower these days, taking seven to eight days — which does make it more difficult to track positive cases and to do contact tracing.

Sergienko also said the increased testing can cause other problems. In fact, Sergienko said he had a test done on Tuesday, July 16, and the results have “gone awry and are out there floating around still. As we are stressing the system, we are seeing delays.”

The doctor also said businesses have to be diligent when it comes to screening of employees.

“We know people are getting lax on screening of employees,” said Sergienko. “We cannot slack off of those things.”