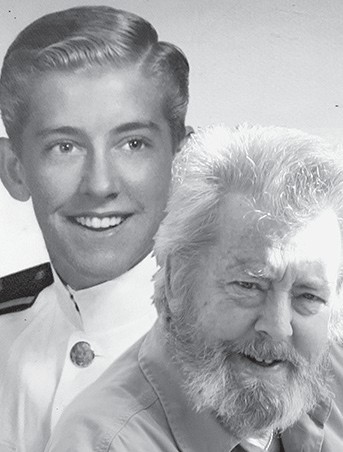 Charles Andrew Carisio was born in Hollywood in 1947 to a movie-script life. He was raised among the rocky cliffs of Laguna Beach. He attended boarding school at the Army Navy Academy at Dana Point then college before traveling across America and through Europe with a backpack and a hammock. He spent his teenage summers here, as a waterski instructor at Bass Lake and his evenings dancing at Ducey’s.

If you knew Andy Carisio, you had strong feelings about him. If he knew you, you were well known. This is what made Andrew such an amazing salesman, prankster, friend and agitator.

He was an excellent card and game player whether in the cell block or at senior bridge club. He inspired the passions of many beautiful and complex women throughout his lifetime.

He was an adventurer, a bicycle currier, a skyrise window washer, a second grade teacher, a census worker, an assistant at a home for the mentally disabled, but most often he was a salesman of ideas, advertising, mischief and car tires.

Although he was fired from every job that he had, Andrew found a lot of enjoyment in work. For years he rode a Honda 50 over Chowchilla Mountain Road to be a bus boy at the historic Wawona Hotel. He loved it.

If love is an action, then he was very much loved by an entire community. Thank you Mariposa. Thank you to his caregivers and friends whom took a tremendous burden off of his family and neighbors.

On Monday the 21st (of December 2020), it appears that Andrew had a good day in his beloved garden — lounge chair in the sunshine and new landscape plants to water. He had a bad night with his diabetes. He was found in the morning by his friend. Andrew was a man that inspired characters in novels, poetry and sheriff reports. He was a prolific writer himself. A new word document on his computer had been started. It read: “I am here to entertain myself. And I have done so, thoroughly.”

He is survived by his children Lisa Carisio and Tony Carisio, and his grandchildren Dori Palo and Szymon Carisio.