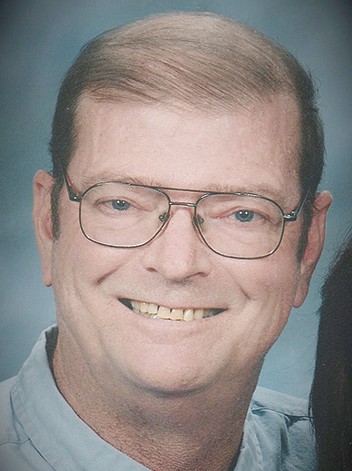 Charles “Chuck” W. Brazzel passed away peacefully from health complications on April 17, 2020; he was 68 years young. He had a great sense of humor.

Chuck was born and raised in Sacramento. He graduated from Casa Roble High School in 1969 in the school’s first graduating class. He loved playing on the basketball team.

Chuck attended American River College for two years. His first job was at Tower Theatre in Roseville, then went on to work at Sutter Memorial Hospital where he worked his way to completing his four-year degree at California State University, Sacramento. He graduated with a degree in natural resource management.

He worked for the U.S. Army Corps of Engineers at New Hogan Lake near Valley Springs, working closely with the National Park Service and U.S. Forest Service. Chuck was also a Ranger for Everglades National Park, Fla. and Fort Stewart, Ga.

In 1988, Chuck was hired as a “Lewis” Ranger (named after Congressman Lewis, who was responsible for the funding to expand the Bureau of Land Management Ranger Program-U.S. Department of the Interior). Chuck’s first duty station was El Centro, including the famous Glamis Sand Dunes and the sand dunes between El Centro and Yuma.

Charles graduated from the Federal Law Enforcement Training Center (FLETC) in the largest BLM class in the agency’s history. He was delegated in 1988 and in March 1992 transferred to the Folsom Resource Area as a resident ranger in Mariposa until his retirement in September 2008. The family made many friends in Mariposa; they went camping and enjoyed fishing. They are members of St. Joseph’s Catholic Church.

Chuck was highly regarded by his peers as an expert on BLM law enforcement issues and was told he had “left a legacy of what every new BLM Ranger should strive to be; dedicated to the mission, and a wealth of natural resource knowledge” on one of his retirement plaques: “Once a Ranger, always a Ranger!”

One of his many duties was patrolling the Merced River (Briceburg), ensuring the security of visitors and mining claimants alike.

Charles is survived by his wife, Sonia, who he married in 1990 (almost 30 years!). He was a devoted and loving father to his children Renée and Alán Charles; grandfather to two ( Jackson and Gianna) with two more on the way — one of whom will honor him by having his middle name Charles.

Other survivors include brothers Dave Thornton and Rodney Brazzel; sister, Susan Baker; brother-in-law, Larry Liebler; and beloved Aunt Gerrie Collins. Charles had many cousins, nieces and nephews and quite a few grand-nieces and grand-nephews, whom he loved dearly.

Chuck’s friend, Bakersfield District Ranger Ed Ruth, may have said it best when he wrote, “Old rangers never die, they simply muster under the direction of a different manager!” We like to think in Chuck’s case: God!

Due to Covid-19, mass services and a celebration of Chuck’s life will be scheduled at a later date. Advanced notice will be given.