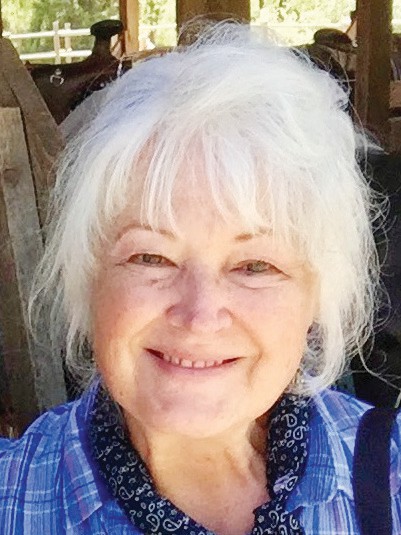 Early in the morning on May 13, 2019, Carole King entered into perfection in the presence of Jesus and now eternity is hers. After a brief encounter with a very aggressive cancer, she took leave of this world.

Always a small-town gal, Carole Radanovich grew up in the Gold Rush town of Mariposa, Calif., helping inventory at her father’s Fremont House clothier, riding horses and sitting on homecoming court. As the third of eight children, there was always someone to tease or go on a lark with. She grew to be genuinely friendly, impetuously kind, and never shy to strike up a conversation with a complete stranger.

Despite being stricken with polio, Carole received her Associates Degree from Modesto Junior College before returning to Mariposa to recuperate and fall in love with her husband of 46 years, Gary King. Their first few years of marriage were spent in Northern California and Oregon, where their daughter Kristen was born; however, the pull of family soon returned them to Mariposa for another 17 years. Sons Todd and Clay soon joined the family and Ben Hur Road days were filled with homeschooling, gardening and early inquiries into alternative medicine.

In 1992, Carole and Gary moved to Custer, S.D., to begin the new adventure of owning and operating a pizza restaurant. It was here that Carole’s talents as a gardener truly blossomed as the colorful flower beds that she annually created for the pizzeria became the talk of the town. She also volunteered at the Custer Museum and took a dance lesson or two at the senior center.

A memorial will be held Thursday, May 30, at 2 p.m. at the Little White Church in Hill City, S.D., with a family burial to follow.

Arrangements have been placed in the care of Chamberlain McColley’s Funeral Home, Custer.