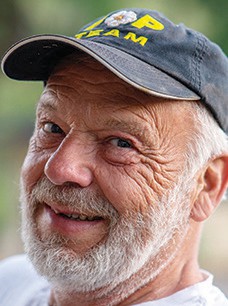 He was born on Nov. 19, 1951, and grew up in Southern California. Brent spent his young adult years traveling around the United States. He finally set down roots in Mariposa and called it home.

He worked at Cousin Jack’s Music Store for many years. Later, he worked as a mental health aide for Mariposa County. He also worked for a time at High Country Health Foods. He spent many years as the caregiver for his parents.

Through all of this, he wrote and performed music.

He was a caring, gentle and humble man who leaves us with many memories of music and laughter. He is missed by his family and many friends.

He is survived by his brother, Ijod (Paul) Schroeder; a sister, Peggy Rogers; and many nieces and nephews as well as many grand-nieces and grand-nephews.

Brent helped a lot of people in Mariposa and the people of Mariposa helped him.

There will be a potluck lunch afterwards. Please bring a dish and help us celebrate his life.