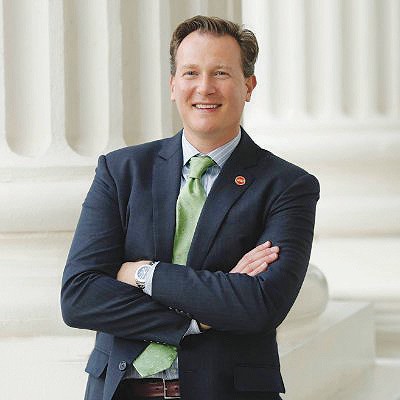 There are so many aspects to the Covid-19 pandemic, it’s almost impossible to get a grasp on the issues.

But Sen. Andreas Borgeas, who represents Mariposa County in the California Legislature, says one issue needs to be addressed quickly — legal immunity for business owners and their employees.

“As we get off our knees economically and begin opening up our economy, one of the things that can create a significant disruption is Covid-19 transmission lawsuits,” said Borgeas in an interview with the Mariposa Gazette on Tuesday morning.

Because of that, Borgeas is teaming up with various lawmakers around the Central Valley — Democrats and Republicans alike — and asking Gov. Gavin Newsom to consider signing an executive order.

The order would expand Article 17 of the Emergency Services Act.

“We must protect businesses and their employees, complying with state and local guidelines from Covid-19 lawsuits, so they can reopen without the cloud of litigation looming overhead,” said Borgeas.

Borgeas fears a restaurant customer or a buyer at a retail store could initiate such a lawsuit.

“That would send a chilling effect across the economy,” he said.

Borgeas has a background as an attorney and professor of law and feels that gives him “some insights into the vulnerability of economic recovery.”

He stressed the proposal would require those businesses to follow the guidelines established by the governing entity when it comes to Covid-19 requirements about operations.

“This would not be applicable to those who do not follow the health protocols,” said Borgeas.

Borgeas said he believes legislators throughout the valley and the foothills region are united, for the most part, when it comes to the request.

“In order for the valley to have the strongest say, it is best when we show a united front,” said Borgeas. “This has been my personal philosophy as a state senator.”

He said several Democrat legislators have signed onto the letter, as well as the majority of Republican lawmakers, including Assemblyman Frank Bigelow, who represents Mariposa County.

Borgeas is requesting Newsom use a “legal mechanism” to expand the Emergency Services Act “which already allows for civil liability.”

The senator is asking Newson to expand it “for the duration” of the current declared emergency in California. He said once the emergency is over, it would no longer be in effect.

Borgeas said he has had conversations with the governor’s office and is hopeful they are taking the matter seriously.

He said during the pandemic, he recommended the governor consider allowing restaurants to open, with restrictions, under Stage 2 of the reopening process. Newsom took that under advisement and Borgeas said it was ultimately included in the reopening rules.

With this request, Borgeas said the governor’s office said Newsom is taking it under advisement.

“The governor wants counties to have higher degrees of local control,” said Borgeas. “Hopefully, he’ll look at the merits of this.”

The request, said Borgeas, is “not just limited to employers.”

Borgeas said he spoke with the governor’s office last Friday and on Tuesday, he was going to be part of a meeting with fellow Republican senators “to discuss this and other reopening challenges.”

The senator said he is “hopeful” the governor will issue the executive order “in the near future before the court system starts recognizing there are covid-related lawsuits.”

Though Borgeas acknowledged it “may take some time” for those suits to be filed because the “courts have shut down,” he is confident the lawsuits “will happen” if the executive order is not signed and implemented.

The state of covid

Overall, Borgeas said he believes the state of California has done well in fighting the virus and its impacts.

“I believe out of the gate, California took very strong, decisive and necessary steps to put us on the right footing,” said Borgeas. “Our numbers have been dramatically better than other states or even other parts of the world.”

However, Borgeas also said there are lessons to be learned.

He was appointed to the California Pandemic Response Committee, a group formed in the legislature to look at the response by the state.

“We are learning lessons so we make adequate preparations and recalibrate in response to a second wave of virus transmission,” said Borgeas.

Borgeas said he believes that wave is inevitable.

“We know this virus is not going away,” said Borgeas. “More than likely, it will resurrect in cycles.”

One glaring example of how the state failed, said Borgeas, is the response by the Economic Development Department, which is responsible for unemployment benefits for residents.

“The EDD in California proved it was woefully understaffed and under prepared for dealing with the volumes of people needed to process requests,” said Borgeas.

He said the governor had to redirect employees from other state departments to help with EDD.

Borgeas also said communication between federal, state and local officials has been difficult and believes that is another area to look at when evaluating the pandemic response.

“How do we properly prioritize personnel and health and safety officials from locally all the way to the federal level?” said Borgeas.

That’s a question almost certainly being asked by many people across the country.

One response to “Borgeas asking Newsom to help protect businesses”