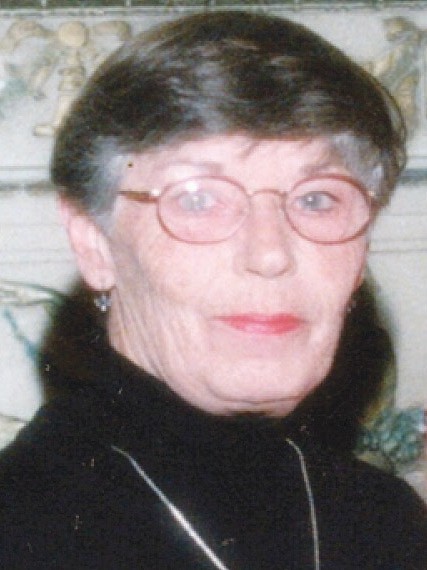 A second-generation Californian, she was the second daughter of James Anthony and Anita Lois (Harmon) Reid. Her father’s occupation as a mining foreman took their family to many locations around the world. Anticipating the Japanese invasion of the Philippine Islands, they were able to obtain space in July 1941 on the last departing civilian ship from the Philippines bound for the U.S. prior to the occupation.

Alice lived a full and wonderful life, balancing work with pleasure and enjoying friends and family. She held a variety of jobs during her lifetime, from clerking at Kent’s Market to assisting at the local funeral home, to working at the Mariposa Gazette.

She enjoyed walking her dog, Missy, around the mobile home park, visiting with friends. She loved playing cribbage. She never met anyone that she didn’t challenge to a cribbage game, and she usually won. She belonged to Native Daughters of the Golden West for women born in California, and enjoyed participating in their events and activities, which focuses on the care and preservation of California history.

Alice will be remembered for the time that she spent with her family and friends. She loved her home at Idle Wheels Senior Park in Mariposa and enjoyed driving her friends that lived in the park to their various appointments because it gave them a chance to get out and spend more time to visit.

Alice recently moved to Heritage Crossing Palliative & Hospice Care Center in Clovis, Calif., where she received wonderful care. The family would like to express heartfelt gratitude for the exemplary quality of care and compassion displayed by the staff at Heritage Crossing to Alice and her family.

In lieu of flowers, the family requests that donations in the name of Alice Hibpshman be made out to Heritage Crossing Fund and mailed to 2792 E. Alluvial Avenue, Clovis, CA 93611.