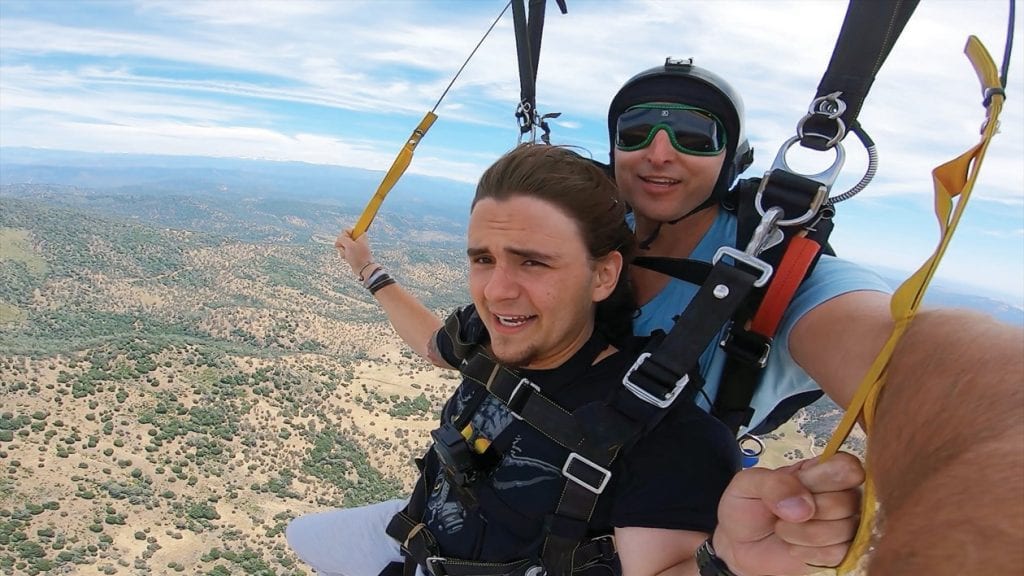 Above, Michael Jackson, Jr., known as Prince, (left) is shown high above Mariposa County on Monday tethered to Paul Wignall of Skydive Yosemite. Below, Prince is shown with his cousin, Siggy Jackson, at the airport. Submitted photos courtesy Paul Wignall/SkydiveYosemite

It would probably be mind-boggling if local residents knew how many celebrities come to the Mariposa area.

With Yosemite National Park as our backyard, the area draws a lot of famous people seeking a getaway.

That scenario was true this week, as well, when the son of one of the most famous celebrities in the history of the planet came to Mariposa — to jump out of an airplane.

Michael Joseph “Prince” Jackson, the son of “King of Pop” Michael Jackson, was in Mariposa on Monday and took the plunge from an airplane with Skydive Yosemite, a business that came to this area over a year ago and features scenic skydiving adventures.

Access to Jackson was limited, but Paul Wignall of Skydive Yosemite snapped several photos of Jackson, who was in the area to basically skydive and take in the beauty of Mariposa County.

Jackson was accompanied by his cousin, Sigmund Esco “Siggy” Jackson, Jr., during the skydiving experience that originated at the Mariposa Yosemite Airport. Siggy is the son of Jackie Jackson, who was the oldest brother in the Jackson 5 and a founding member. 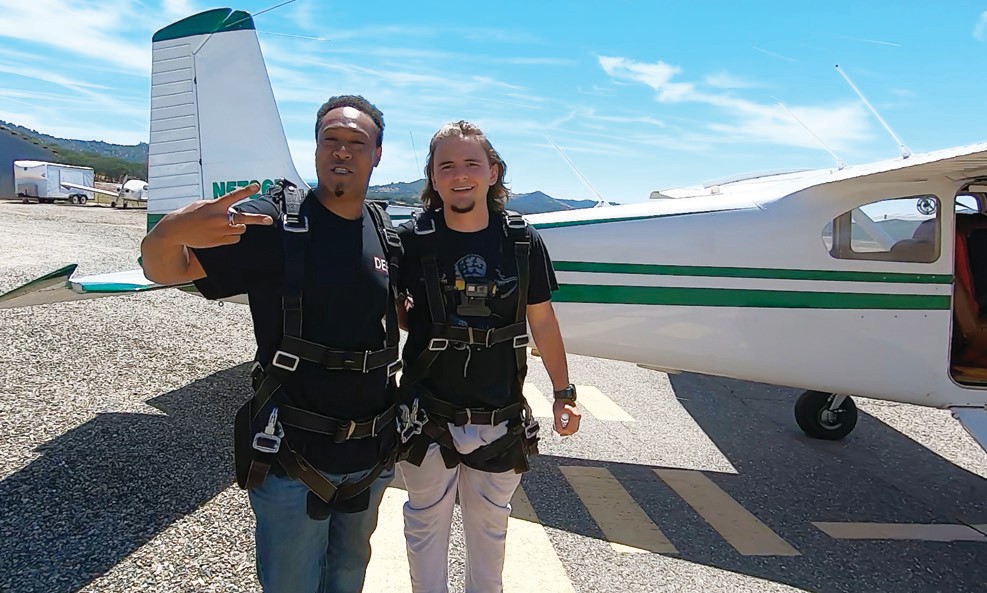 His father, Michael Jackson, suffered cardiac arrest at his home in Los Angeles on June 25, 2009. He died shortly thereafter, at the age of 50. The jump on Monday came one day before the 10 year anniversary of the death of Michael Jackson, which sent shock waves around the world at the time.

Following his father’s death, Michael Jr., who was 12 years old at the time, came under the legal guardianship of his grandmother, Katherine Jackson. Katherine became the legal guardian of Michael Jackson’s other siblings, Paris and Prince Michael “Blanket” Jackson, as well. 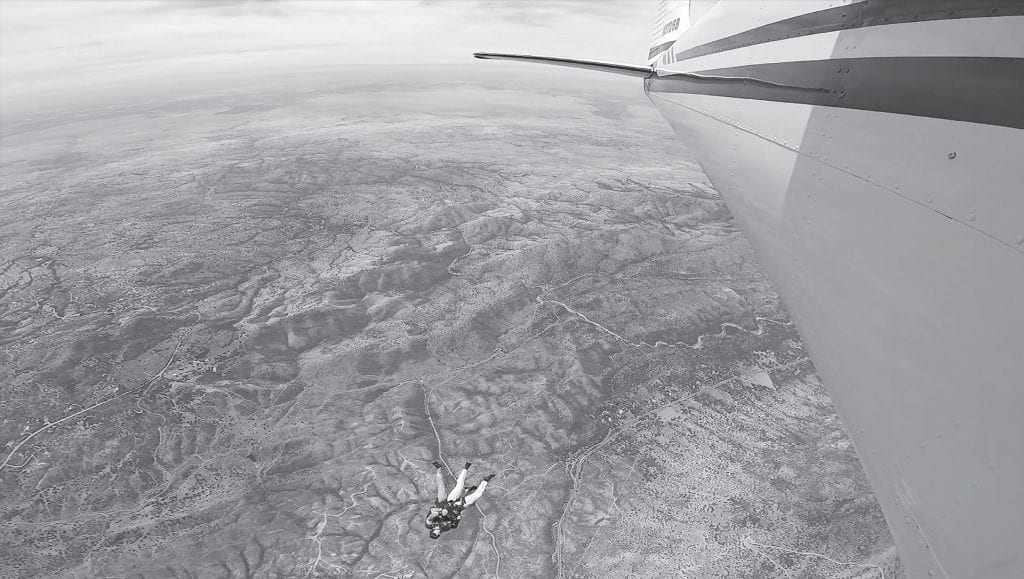 Prince Jackson and Paul Wignall of Skydive Yosemite are shown just after jumping out of the plane on Monday. Submitted photo courtesy Paul Wignall/SkydiveYosemite

The reason he was at the airport isn’t clear, other than the fact he was enjoying this region.

The photos supplied by Wignall show Prince and Siggy jumping from the airplane and landing without incident at the airport. Skydive Yosemite only provides tandem jumps, meaning customers are attached to a professional skydiver during the adventure.

It was also learned the group did make a visit to Yosemite National Park while they were in the area.